This was meant to be quick.  But no matter which way I abbreviate my sentence, shorten the weblink or rehash my hashtag, this tweet just won’t fit.  And it’s not the first time.

Of course 140 characters is all well and good for celebrating a football result, live tweeting about #GBBO, or uploading a picture of your latest Zaha Hadid-esque design for avocados on toast.  But when it comes to the minutiae of housing policy or retail performance, bending over backwards to fit the 140 limbo can be cause for a little strain.

So I should be pleased that earlier this month, Twitter CEO Jack Dorsey announced that the social media giant is “exploring” options for a higher character limit.  The rumour of a switch to 10,000 characters (#Twitter10k) – which could be introduced as early as March or April – has since circulated widely.  Right on cue, Twitter users responded with mandatory vigour.

Surely there are many upsides?  Party leaders could announce Cabinet reshuffles in a single tweet.  Katie Hopkins could have a go at putting her comments in context.  Ed Balls will be able to tweet his own name a wonderful 1,111 times.

It’s perhaps best not to speculate what Donald Trump would do with this new power...

But there are sincere concerns about what an increase in characters could mean. For many users, Twitter’s current format provides a unique platform for news, opinion and content. It’s immediately accessible, understandable, shareable and invites responses. Indeed in his announcement, Dorsey described the 140 limit as “a beautiful constraint... which inspires creativity and brevity.”

The rationale he offers for the potential change centres around utility: the way Twitter is used now and the way it could be used in the future. He points out that users are increasingly tweeting screenshots of text (Dorsey made his announcement this way). Allowing this text to be tweeted as text rather than images would mean that it could be highlighted, searched, copied and more.

I agree with Dorsey that the platform’s usability will define the success or failure of any change in the character limit – and this largely comes down to design and functionality. Dorsey is right to place Twitter’s “fast, public, live conversational” qualities at its core, and these are the qualities it must preserve. They set Twitter apart from Facebook, Instagram, Pinterest and other platforms.

If the new design can preserve them and users can still scan, endorse and interact with speed – be it professionally, belligerently or absent-mindedly – then perhaps we can welcome a few more characters and a little more nuance.

Now, time to summarise all this in 140 characters. 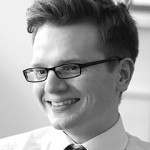