A shared vision for high streets?

The problem of having attractive, buzzing shops juxtaposed with a few sad, empty units is something I have become increasingly aware of when walking down my local high street in Stratford-upon-Avon.

Vacant shop units are sadly now a given for almost every high street across the country. According to data from the British Retail Consortium, more than one in seven are now empty as of July 2021, the highest proportion since 2015.

But one small UK market town is embarking on a creative solution to this problem. As Claer Barrett recently reported in FT Weekend, Rochford in Essex is trialling one of two UK pilot schemes where five major banks are effectively sharing a single branch.

Known as ‘The Bank Hub’, the shared space is home to NatWest, Lloyds, Barclays, HSBC and Santander.  It’s been warmly received by local people and businesses who are still mourning the loss of the last bank in the town when Barclays pulled out five years ago.

This collaborative use of branch space allows customers to carry out transactions without the need for online banking or the inconvenience and ordeal of travelling to a neighbouring town or even further afield.

Pre-pandemic, it would have been hard to see banks ever considering the idea of lining up with their rivals under one roof.  The loss of physical brand identity on the high street would have seen the brand police out in force.  But we live in different times now.  Banks still need to cater for those who can’t or won’t have online or telephone banking and high streets must evolve and re-balance the retail, residential and leisure mix in order to survive.

Could more shared occupation set a precedent for how the high streets look in a post-pandemic future?  In vulnerable communities where not everyone can go online or local businesses rely on cash transactions, banks are a vitally important asset.   It will be interesting to see whether other retailers combine forces and landlords think differently and more creatively in terms of shared space.  John Lewis is already creating mini concession stores in some branches of Waitrose, as some of its large department stores disappear.

Time will also tell whether the Government’s ‘levelling up’ agenda will provide funding and impetus for shared space for banks and other shops and services on our high streets. The Future High Streets Fund could potentially be used to make this happen.

Redefining the manner in which we use and share high street spaces would not only minimise under-used empty units but might also shift the way we think about both corporate and communal spaces. 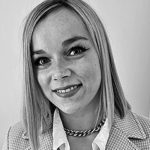