AI has some explaining to do

What comes to mind when someone mentions artificial intelligence?

Is it positive? Do you think it has the potential to change our lives for the better, or does the thought prompt something altogether more sinister?

For better or for worse, AI looks set to change the way many of our industries operate. And things are moving quickly – Google’s DeepMind project has already demonstrated that through machine-learning, technology can teach itself.

The debate is now not whether this next tech revolution should happen, but how.

Recently, the UK Government unveiled its latest report on AI, Growing the artificial intelligence industry in the UK. It’s another reminder that this technology is on the horizon, and that the fantasies of fiction are not that far away from becoming reality.

The report sets out a vision: ‘the UK can become the best place in the world for businesses developing and deploying AI to start, grow and thrive’. And the financial rewards could be significant. The report estimates that AI could add an additional £630 billion to the UK economy by 2035.

But before this next revolution can really get going, does the public’s perception of AI need to be reprogrammed first? Public opinion can often be critical to the acceptance of new ideas.

I started with my question because I bet for most, some of the answers it prompted weren’t what people want to play out in reality. Honed by books, film and television, I think it’s fair to say that the public’s perception of AI is still often mistrust, or even fear, even though the reality may be very different.

Ultimately, if the UK is going to realise the benefits of AI and win public trust, industry and government need to do more to explain what is being developed, and more importantly, what’s not.

Unfortunately, recent disagreements between some at the forefront of AI development aren’t really giving anyone much confidence.

In the end, technology’s march may just time-out the debate. Before we know it, transport will be fully automated and machines will have replaced people in many industries.

And because of the whirlwind that is change, many of us could be thrown out the other end not quite understanding how the industry is regulated, where the technology is heading next, or what is happening with the data our machines will probably be collecting.

Whatever the result, I’ll be watching the debate and the technology’s roll-out with great interest. 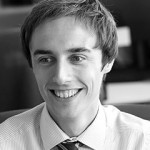 Michael Philps is a senior account executive at Camargue.