An Olympic lesson in decision-making

Competing at the Glasgow Commonwealth Games two years ago was the proudest moment of my life. It was the culmination of more than a decade of hard work and dedication to training, all so that I could swim the perfect race on the big stage when it counts.

The amazing memories I have of my experiences that summer came flooding back last week as my Facebook feed was dominated by good luck messages to friends and former colleagues heading off to the holding camp before the Rio Olympics. There was such a buzz surrounding these individuals and their extraordinary accomplishment of making the Olympic team.

As the Opening Ceremony draws nearer, I have been thinking about the contrast between the excitement of my friends’ Facebook page and negative press surrounding the Rio 2016 Olympics.

It has become a cliché that in the lead up to major sporting events, the stories dominating the news concern spiralling costs, readiness of infrastructure, pollution problems, or lack of a clear Games legacy. Rio 2016 has had more than its fair share of problems and criticism, yet the dominant story in the run-up to these games has been the scandal of state-sponsored doping of Russian athletes which threatens to overshadow the accomplishments of all the clean athletes competing and public confidence in athletes’ performances.

In the past, host cities and their brand have borne the brunt of international criticism, while the IOC has somehow managed to separate itself from previous PR crises, successfully associating itself with the aspirational ideals of the Olympics, the success stories, sporting behaviour and unity between athletes from countries all over the world. It also avoided making any controversial decisions, for fear of generating negative press.

Refusing to take a stand on Russia’s involvement in the Olympics, however, has finally placed them at the centre of Olympic controversy. Instead of dealing with the issues – one way or the other – the IOC sought to pass the difficult decisions on to the sports federations, who are wholly understaffed and under-resourced to make such calls with only two weeks to go. It is shameful that the IOC passed the buck, and as a result my friends, athletes who train hard and have earned their spot, could be forced to compete against individuals who have cheated. The integrity of the Olympics has suffered for it.

In business, public condemnation can often be more damning for a failure to take the hard decisions than making the wrong decisions. The IOC needs to start making itself worthy of the ideals it stands for and the superhuman performances it seeks to inspire. 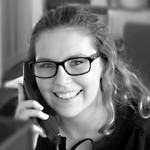