If the current chaos that surrounds Uber teaches us anything at all, it’s that one voice can change the world. While it’s hard to keep track of the PR problems facing the lift-hailing business (although the Guardian has tried), it was a 3,000 word blog post penned by former Uber engineer Susan Fowler that jump-started the company’s current downward spiral.

While Uber has always courted controversy, Susan Fowler’s “Reflecting on one very, very strange year at Uber” is a straightforward and dispassionate deconstruction of the company’s corporate culture that might haunt the business for a long time to come. Fowler describes a workplace where sexism and the abuse of power went unchecked and overlooked in favour of a focus on success at all costs. And while there's no place for these behaviours in the modern world, they’re just the tip of the iceberg at Uber. Alongside Fowler’s experience, Uber has an extensive collection of disasters, from driver mutiny and dodgy data management to the alleged theft of self-driving car secrets from Google.

There would be enough here for a film, if it wasn’t for the fact that we’ve all seen it before: Greedy corporate focuses on profit above all else – think Wolf of Wall Street with zero hours contracts - but past misdemeanours are beginning to catch up with Uber, and it’s now paying with its reputation.

Uber’s big issue is that it's an adolescent business dealing with adult problems, and its culture has failed to stay in line with its success. But what’s unusual here is Uber’s not suffering from widespread customer dissatisfaction - in fact, business is booming despite the thousands of words written on its moral (and legal) failings. But, putting outrage aside, the truth is that Uber customers don’t interact with the company via the newspapers, they interact with it via the app and as long as they can get from A-to-B for a cheap price, they can weather the headlines. Look at the failure of the #DeleteUber social media campaign from early this year; customers simply didn’t care.

But the real reputational risk right now doesn’t lie with alienated customers, it’s money that talks. If Uber can’t get a grip on its PR woes and instigate real corporate change, uncertainty will turn investors off. If that happens, there are two other big impacts: The first is brain drain (partly caused by the negative headlines) and the second is Uber may have to raise finance in other ways to meet its valuation targets... potentially by raising prices. And if there’s one thing that will upset customers, it’s paying more.

There’s the possibility of a $70bn valuation on the table if Uber can get its act together and work to detoxify its corporate culture, and things are promising. Rather the hoping for the best, Uber took action in May and June to remove senior management – including the CEO – and new, experienced managers are already having an impact, admitting mistakes had been made and promising to make sweeping changes. But the question is whether it’s too late. Customers might not be too exercised about Uber’s year so far, but the competition is certainly waiting in the wings. Lyft, for example, might not have the financial clout to compete directly with Uber quite yet, but if they can learn from its PR and HR mistakes and leap on jittery investors, they might leave Uber stranded at the roadside. 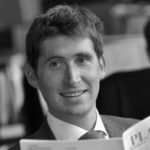