Are we ready to be faster in battle?

Last June, the Met Office felt compelled to launch a new system to alert the country to extreme heat events.  Those of us in the western parts of England have now lived through our first amber ‘extreme heat’ event.

The aim of the Met Office in creating this system is to highlight the potential for widespread disruption and adverse health effects.  It comes after a record-breaking number of heatwave deaths recorded in England last summer.  We are now forecast to have some pretty significant rainfall. Leicestershire has recently been hit by massive hailstones, while north and west London has suffered flooding, but I am certainly grateful - looking at the pictures of devastated villages and towns in Germany and Belgium and reflecting on the incredible death toll, so far we seem to have got away lightly.

We all know these extreme weather events are getting more frequent, but their power to shock remains.  Sifting through the detritus of this week, though, one thing really stood out for me - the words of Angela Merkel that the world had to "be faster in the battle against climate change".

No revelation, but a clear statement by a senior politician that this is part of something bigger and something that needs to be tackled. This shouldn’t be surprising or maybe even need to be said, but it does feel part of a new realism and a sense that everyone is starting to ‘get’ climate change as a real world and not just a theoretical problem.  Loss of lives and livelihoods can do that.

Joe Biden’s presidency represents this acceptance of self-evident truths – backed by scenes of wildfires ripping through US states (80 major wildfires currently in Western states alone).  Even our own government – which I have sometimes feared listens too much to a few climate change sceptic voices - is talking less equivocally about the need for change.  Again, when these problems turn up regularly on your doorstep it concentrates minds.

Of course, to fight climate change requires concerted collective action – no pressure COP26. The corporate world also needs to get its shoulder to the wheel. This too I think is starting to happen.

I have always been wary of the term ’greenwash’ – a too easy dismissal of companies grappling with big issues in uncertain times – but increasingly the corporate world seems to be taking action and responsibility. Dealing with issues around climate change is now mainstream, expected by the public and vital for recruiting the best new employees. It is seeping into all activities, not merely the subject of a CSR or yearly environmental report. Is it enough? Is it happening fast enough? It is undoubtedly patchy in places, but companies are increasingly pushing to get ahead of zero carbon targets.

There is a long way to go and huge challenges ahead – for instance, the International Energy Agency Global says greenhouse gas emissions are likely to rise to record levels in the next two years, as governments fail to “build back better” from the Covid-19 pandemic. But when even newspapers like the Daily Express are going big on their Green Britain Revolution, we can sense a change in the air. 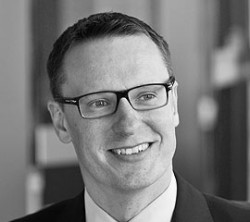