Are we ready to retrofit?

Every heatwave we’re given the same advice: seek shelter inside, keep the sunlight out and stay cool. Yet as temperatures reached new and extreme highs in the UK, our homes and buildings were not quite the places of refuge we normally find them to be.

Most of our homes are simply not designed to deal with the unique demands of excessive heat. Partly, this is due to the UK’s ageing housing stock, one of the oldest in Europe, which traps heat in the summer yet requires significant energy to keep warm in winter. That’s not to mention the additional pressures of flooding, hurricane force winds, freezing temperatures and forest fires, all of which can be attributed to the impact of man-made climate change.

New builds designed with the climate crisis in mind fare significantly better but, at the current rate of building, it would be completely impossible to replace the entirety of the UK’s housing stock with new carbon neutral homes. Even if the speed was achievable, the cost would be astronomical – to the government, private developers and ultimately the homebuying public.

While building sustainable affordable housing is continuing with new build programmes that incorporate tried and tested energy efficiency innovations, existing buildings also need updating to meet the changing demands of our world. Domestic retrofit plans to do exactly that: change existing buildings so that energy consumption and emissions are significantly reduced, ideally towards net zero.

Though retrofitting is a more viable option, that does not mean it is the easy one. Analysis from Trustmark suggests that 24 million homes in the UK are in need of at least partial retrofitting. The programme requires a consistent approach across the sector and changes in consumer attitudes in order to succeed.

Political strides have already been made through the government’s commitment to net zero by 2050 and the billions it has allocated to funding for retrofit projects across the UK. The government’s Social Housing Decarbonisation Fund is an effective stride towards making lower energy consumption a reality for many more households.

There is however more work to be done. The government must continue to push the retrofitting agenda forward with the onus on politicians of any stripe to support the initiative and hold those responsible to account if delivery falls short. It is perhaps a concern that both candidates running to be our next Prime Minister are seemingly lukewarm on the issue.

This is not so surprising given that a recent poll from YouGov found that only four per cent of Conservative party members would place hitting net zero by 2050 as one of their three priorities for the next leader. The target was usurped by concerns over winning the next election, controlling immigration and helping families with the cost of living.

This, combined the high court’s recent ruling that the government must explain how its net zero strategy will reach emissions targets, suggests our net zero policies have a long way to go.

While retrofitting properties should lead to lower household bills down the line, for many homeowners affected by the cost of living crisis, the upfront cost of installing solar panels and air source heat pumps is simply not viable. That’s not to touch on additional complications in making structural changes for owners of listed buildings, or to homes occupied by tenants.

Overcoming this cost barrier requires both an expansion of government support and a commitment from the private sector to upskill, innovate and ultimately scale up to reduce costs. Convincing businesses and landlords that the drive to net zero is not only what people will demand but is also a quality investment that will deliver returns should be central to the government’s aims.

Our homes are at the centre of our lives. Making changes now may be challenging for the government, the private sector and homeowners but, as a country, we must act now to avoid an even more uncomfortable future – one which our current homes won’t be able to shelter us from. 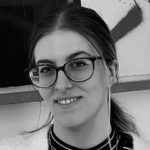