Credibility was the watchword in this Autumn Statement.  As the Chancellor laid out plans to deal with the cost-of-living crisis and weather the oncoming recession, this was as much about reassuring markets as voters.

Jeremy Hunt’s predecessor had a short stint in office but casts a long shadow over this statement.  With the Office for Budget Responsibility (OBR) saying the UK faces a fiscal spending blackhole, it was widely briefed that the Government intended to raise £24bn in taxes while cutting £30bn in spending.  Compare that to the £45bn of tax cuts announced less than two months ago, and you get a sense of how much has changed.

The muted and sober statement struck a balance between tax rises and spending cuts.  The big picture is an economy in decline – and arguably a return to fiscal orthodoxy.

Already at the highest point since the Second World War, tax as a percentage of GDP will increase by one per cent over five years.  Headlines include a reduction of the tax-free allowance on company dividends and capital gains from next year and freezing personal tax thresholds for a further two years.  A focused approach to helping lower earners is clear from the increase of the National Living Wage to £10.42 from April next year, while taxes for higher earners are set to rise.

Then there is the cost-of-living crisis and the question of who gets what.  Households will welcome an extension of the energy price cap for a year after next April, but those on benefits and pensioners will get most help and Universal Credit will rise with inflation.  To pay for it, windfall taxes on oil and gas companies will increase from 25 per cent to 35 per cent and, for the first time, there will be a temporary 45 per cent tax levied on electricity generator companies.

These measures are targeted at helping the most vulnerable, so does that mean those in the middle will feel a bigger pinch?  Some may be having flashbacks to Theresa May’s Just About Managing (JAMs), and questioning what the Conservative’s path back to power looks like if there’s nothing on offer for middle earners.

Turning to public services, there was a commitment to increasing the NHS’ budget by an extra £3.3bn in each of the next two years – though critics will point to a much higher cost burden facing the health service.  Departmental budgets overall will be maintained until the next spending review, but ministers will need to find efficiency savings – or ‘stealth cuts’, if you ask the opposition – as inflation reduces spending power in real terms.

What’s in it for industry?

Those working in the built environment waited with bated breath for an update on Investment Zones.  Many will be disappointed.  The policy is set to be recalibrated – no longer led by tax incentives, but instead focused on growth areas around universities and places with strong R&D potential.  The exact shape and size of the revised zones are yet to be announced, but the Innovation Accelerators piloted in the West Midlands, Manchester, and Glasgow may provide a decent blueprint.

Major new announcements on infrastructure were notably absent, but there will be comfort that mooted cuts to existing programmes did not materialise. East West Rail, Northern Powerhouse Rail and Sizewell C will all be “funded as promised”.  HS2 also survived another fiscal event – Groundhog Day for MPs who have called for it to be scrapped; they’ll have left the chamber frustrated again.

For some, greater connectivity will come with greater local accountability as the devolution journey carries on – one of the few policies that links all of the Conservative-led governments since 2010. Suffolk is set to have a mayor, and deals in Norfolk, Cornwall, and the North East are said to be at an advanced stage.

By comparison to past budgets, housing was a footnote for Hunt.  With the cost-of-living crisis putting further pressure on affordability, there was confirmation that social rent increases will be capped at seven per cent.  For social landlords that means a cut in rental income of £4.9bn over five years.    There will be consternation among registered providers who are already struggling to build through this downturn, thanks to lower grant levels and increased costs around safety and sustainability.

The private sector was left to fend for itself, with a small sweetener in the form of extended stamp duty relief brought in under Liz Truss.  As supply continues to trail demand across the housing market, there were complaints too from some working in the private rented sector about a further potential exodus of landlords due to changes to Capital Gains Tax and Stamp Duty.

So, what’s the measure of success for this Autumn Statement?  Between political pressures and economic ones, it is hard to think of a chancellor who has worn such a tight straitjacket.   At the time of writing, the markets are thankfully stable while industry reaction is mixed – perhaps that’s about as good as the Government could have hoped for. 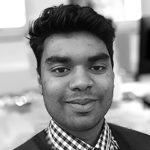