Can a Trumped up Labour win over the electorate?

President Trump is now a reality. While many of us remain baffled by how he managed to win over America, politicos around the world are keen to take lessons from his unlikely victory.

Among those seeking to borrow from the Trump factor is Britain’s Labour party. Despite the unprecedented EU-related challenges and negative headlines facing the Conservative Government, Jeremy Corbyn’s party lies more than 10 points behind in the polls. The long-term trend since the veteran left winger won a landslide leadership election victory 16 months ago (ratified again three months ago) looks bad for the electoral prospects of the British left.

On the face of it, Trump and Corbyn couldn’t be more different. However, there are some parallels between the new President and the leader of the opposition. Both are portrayed as authentic, non-spun leaders; both claim to be receiving an unfair hearing from the established media; and, lest we forget, both have been put in place by a membership against the will of the party establishment.

While it’s easy to say that such attempts will ultimately be fruitless, replacing his unclear delivery with some of Trump’s directness might indeed help Corbyn reconnect with voters.

Corbyn has struggled to project a clear and bold policy message that has cut through to the electorate since assuming the leadership. Comparatively, while Trump’s policies may lack in detail, and are frequently ill-thought-through, to the listening electorate they come across loud and clear.

For example, all of us know Trump’s plan to build a wall along the Mexican border. In stark contrast, however, who knows Corbyn’s position on the EU – highlighted by his ‘7 or 7.5 out of 10 for remaining’ during the referendum campaign? The difference in the clarity of message could not be more stark.

So, while according to media analysis of The Times’ Red Box , Corbyn ended 2016 with less press coverage than David Cameron (who resigned his premiership in July) Trump dominated the headlines, swallowing up the media agenda and limiting the air time given over to Clinton. Whatever your opinion of him Trump, certainly spoke to his electorate.

The lesson for us all? Having a great idea or product that differentiates you from the opposition is only as good as your ability to clearly explain it to the market. While political campaigns and corporate communications might sometimes seem as different as Corbyn and Trump, there is much the business world can learn from the relentless pursuit of a bold and clear message. 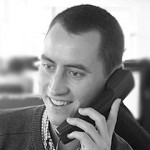