Competing to be the next Prime Minister

As we near Theresa May’s last day as our Prime Minister and President Trump’s arrival in the UK, the contenders for the next Leader of the Conservative Party and our country continue to battle it out.  Every newspaper and political podcast is assessing the personalities and policies – or lack thereof – of each candidate. But as brand ambassadors and communications professionals, what can we learn from the contest?

A good back-story is not enough.  Sajid Javid has a great story.  Son of a Pakistani bus driver, who was told ‘Stapleton Road kids don’t go to university’, he was the first in his family to graduate and went on to become the youngest vice-president at Chase Manhattan Bank. He was later headhunted by Deutsche Bank where, as head of credit trading, he reportedly earned £3m. But, does anyone know what Javid would do for the country as leader?

Social media helps win over the masses but they are not the decision-makers. Rory Stewart has received a lot of praise for his smart phone videos and apparent honesty as a normal, decent bloke.  But it is the 313 Conservative MPs who will decide which two candidates will be selected for the party membership to decide and time spent on social media rather than considering how to help backbench MPs hold on to slim majorities in a time of polarised politics, is unlikely to get the results Stewart needs to win.

Personality and opinions piques interest and creates brand profile, even if people don’t agree with your views.  Boris Johnson – the most popular and likely winner of this contest certainly has personality and an opinion, even if many of them are unpopular.

A solid track record is important. Michael Gove – according to the bookies – is the second favourite who has gained support from party members for his record running the education, justice and environment departments.  Similarly, Jeremy Hunt’s clash with medical staff during his time as health minister could come back to haunt him.

Ensure you have advocates to help counter the critics. Ken Clarke has announced he is backing Rory Stewart. Donald Trump, Liz Truss, Gavin Williamson, John Whittingdale and Jacob Rees-Mogg have declared they are backing Boris.  But make sure they are reliable and won’t withdraw their support for personal gain, as Boris learned the hard way courtesy of Michael Gove.

And finally, as demonstrated by Boris Johnson, Michael Gove and Andrea Leadsom, if at first you don’t succeed, try and try again. 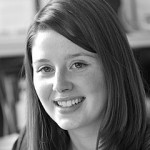