It’s said that in times of crisis one’s true colours are revealed – a principle particularly relevant today with the Covid-19 emergency bringing brands into sharp focus.

In business, organisations’ images are being laid bare.  Sports Direct and Greggs have been respectively criticised and praised for their reactions to the crisis.  By keeping its shops open after the lockdown was announced the former reinforced a public perception that it is a company only interested in profit.  At the same time, the UK’s favourite purveyor of vegan sausage rolls closed its stores before it was compulsory, scrapped a handout to shareholders to prioritse workers’ pay and has engaged in a number of charitable schemes, showing it to be a brand that values social responsibility as well as revenue streams.

Nations’ images are being simplified in a similar way with the emergency exaggerating aspects of countries’ identities which may not have been so clear pre Covid-19.  This is true for Britain: a brand that has been in flux for many years now.  Pulled between Brexiteer and Remainer, unionist and nationalist, socialist and libertarian.

Yet the response to the pandemic has shown Britain as something different – representing humour, resilience and courage.  We’ve united through weekly applause for the NHS and around heroes like Captain Tom Moore.  The public has mostly acted in a socially responsible manner with only a small minority tarnishing this by flouting government guidelines.  Initial criticism about excessive shopping at the start of the crisis has widely been debunked with research from Kantar showing that only three per cent of the population engaged in panic-buying – the majority just added one or two extra items to their shop.

The constituent nations of the United Kingdom, drifting apart before the epidemic struck, are co-operating closely to fight the coronavirus with Scottish, Welsh and Northern Irish leaders all attending Cobra meetings in recent weeks.  Brexit, while still talked about, has faded as a subject of discussion – the fourth most pressing issue for the public according to recent polling.  Community spirit has experienced a resurgence after a long eclipse, with over half a million people signing up to be NHS volunteers and widespread support for the “good neighbour” initiative.

The consequences of this emergency for a country’s brand will vary, depending on the strength of its previous identity as well as the effect the virus has on the nation in question.  Britain has one of the highest recorded death tolls from Covid-19 and had a identity in flux prior to the crisis.  As such its image will be particularly likely to undergo a sharp change in response to the pandemic, something political, business and media leaders are already sensing.

Considering the events of the last few months, the nature of this future identity is hard to predict.  However, although Britain has seen identity changes before (the Swinging Sixties, Cool Britannia), given the far-reaching impact of the virus, the previous constitutional upheaval the country was already going through (Brexit) and the current administration’s large majority (80 seats), not since World War II and the creation of the welfare state has a government had the opportunity to help remake Britain’s image so completely.

The role of the communicator will be even greater in the coming months, as they look to influence the way we think about the Covid-19 emergency.  Already they are moulding our responses to the crisis and the amalgamation of viewpoints that Britain adopts to form its post-virus brand will be down to the strength of these narratives and the skills of those telling them.

We can only speculate on what the new attributes of brand Britain will be.  The weekly honouring of the NHS, the 24 million people who watched the Queen’s speech and the rediscovery of family life (with all its good and ills) may go some way to shaping it.  But within this complicated process of identity is a personal choice that all of us will have to reflect on, even if we don’t know it.  What do we actually want the new brand Britain to be? 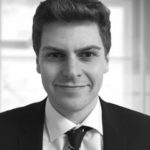