Does personality really matter in the face of a global crisis?

A few weeks ago Brexit was all we were concerned about in politics. Within the Westminster bubble, you could add the next Labour leader to that. How times have changed – not to say the detail of our exit from the EU isn’t still exercising many of us.

Most of the debates around who is best placed to take up the reins from Jeremy Corbyn have unsurprisingly focused on personality or the lack of it.

Lisa Nandy was championed as fearless, principled and relatable.  Her ‘reasonableness’ cited as a welcome characteristic that voters, frustrated with adversarial politics, would value.

Both Keir Starmer and Rebecca Long-Bailey were criticised for a distinct lack of personality.  A factor seen by many as stymying their ability to lead an effective opposition. Televised debates and interviews did not appear to change that perception.

What a different world we are living in now, three months on from the start of the leadership campaign.

Boris has personality in spades. But now, he is having to turn his trademark bluff and bluster into something more considered. He must be sombre and robust, first through the relentless cycle of daily press conferences and now via video updates from isolation. What matters now more than personality is a host of other qualities: gravitas, intelligence, respect, being able to simply explain complicated scientific strategies and encourage the population to follow unpopular advice that is seriously curtailing civil liberties in our country.

The new Labour leader needs to strike a delicate balance between supporting the Government at a time of crisis, not seen since WWII, and encouraging the population to follow its advice, while constructively challenging the specifics of delivery.

Personality clearly has a role to play in galvanising the party to form a solid opposition and inspiring the wider population to constructively engage in politics. But with a worldwide threat to our population, economy, health system and basic way of life, the importance of personality diminishes in favour of rigorous interrogation and a rejection of political game-playing.

I agree with most political commentators that Keir Starmer is the right person for this job. The indications are that what he lacks in showmanship will be made up by his forensic examination of the facts and their implications. His QC background in that other adversarial crucible, the law courts, should stand him in good stead for PMQs, when they return.

On Saturday, we’ll hear – via a pre-recorded victory video – if he’s the new leader of the opposition. And we’ll find out whether anyone at the moment outside Westminster actually cares. 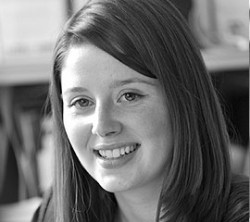 Catherine Grindley is an associate director at Camargue