Don’t believe the hype – a lesson in expectation management

Is this a masterclass in how over-selling can seriously backfire? Labour had talked up its prospects in this year’s local elections to such an extent that a less than stellar performance at the polls was always going to look flat.

Labour had been predicted its best performance in 40 years. It didn’t materialise – indicating that just maybe, as some commentators are saying, Corbynism has hit its high watermark.
There were positives of course. Labour took control of Plymouth and Kirklees, and its gains undermined Tory control in Mole Valley. The party even managed to disrupt the Tory northern flagship of Trafford, until today the sole Conservative council in Greater Manchester. However, it lost Redditch, Derby, and Nuneaton & Bedworth, and its share of the vote outside London looks like dropping overall.

At the time of going to press, Labour had secured 2,065 seats across England (up by 59) while the Conservatives didn’t get the massive drubbing that had been expected, instead looking like they will come out of the election marginally down on the number of seats as they had going in.

According to commentators, the Liberal Democrats put in a ‘mildly positive performance’ securing 489 seats (up 62). They look like retaining all five of the authorities they were defending this time round, and also held the mayoral seat in Watford. Along with gains in Three Rivers, South Cambridgeshire and Richmond upon Thames, Vince Cable has cause to celebrate on his long march back from the brink.

The collapse of the UKIP vote was probably the most accurate prediction of the election with the Conservatives, but also Labour, benefiting from their losses.

Not all change in London

Of the 4,371 seats up for grabs across England, 40 per cent were in London councils. With all seats being contested in London (as opposed to a third or half of council seats in most other areas), London was always going to make the headlines.

On the basis that a good night for Labour in London would have involved taking control of Wandsworth, Hillingdon and Barnet – they had even been talking up Westminster – it was a disappointing night for the party.

Realistically, the Tories were never going to lose Westminster and, while they came close in Wandsworth, they lost four seats to the Tories in Hillingdon. However, the real surprise was certainly Barnet where Labour let control slip through its fingers, almost certainly because of the Parliamentary Labour Party’s inability to address accusations of anti-Semitism in its ranks.

They can take some comfort from retaining all of the mayoral seats in the capital, with comfortable wins in Lewisham, Newham, Hackney and Tower Hamlets, but look like failing to take any new boroughs. It remains to be seen what sort of influence Momentum has when the new leadership teams are formalised at AGMs across the capital later this month.

The net effect? We’re basically back where we started before the polls opened. No dramatic change, no major breakthroughs, and the division between London and the rest of England emphasised yet again. No doubt Theresa May will have a spring in her step this weekend, but she’d be well advised not to get too comfortable in her shoes. 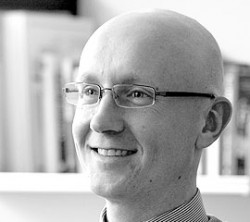 Dan Knight is an Associate Director at Camargue