Don’t call me a waster

The huge banner was strung across the pavement as I walked down to the beach. In giant letters it said: ‘Don’t be a tosser’.

It was encouraging smokers to dispose of their cigarette butts responsibly and I still admire it today.  It was simple, memorable and had just the right amount of cheek to be effective without offending. It’s a fine line.

Peterborough City Council and the Government’s Waste and Resources Action Programme (WRAP) found themselves on the wrong side of the line this week, when they placed large red emoji stickers on residents’ bins, marking the owner of the bin as a ‘waster’.

The campaign was to help increase recycling – a worthy and important cause.  But residents – many of whom no doubt consider themselves good recyclers – were furious at the perceived slight.

A harassed WRAP spokesperson explained the angry red sticker was supposed to be preceded by a smiley green sticker the week before.  Unfortunately, a pesky ‘operational issue’ meant the stickers were distributed in the wrong order.

The angry reaction highlights an interesting point.  It wasn’t that long ago we placed all our waste in one bin.  It would be whisked away to – well, most people didn’t know or care where it went.  Just that it went.

In less than 30 years we’ve completely changed.  We dutifully put our food waste in one bin and we separate card, paper, glass and plastic into others.  Apart from a sense of ‘doing the right thing’, we get very little in return.  To then be ‘bin-shamed’ with an angry sticker is understandably going to rile people.

We do need to continue increasing our recycling rates.  The law of diminishing returns means going beyond the 45 per cent recycling rate we currently achieve nationally is going to get progressively harder – and the Government wants further improvements by 2020.

Ultimately, clever awareness campaigns from the Government and our local councils will have a limited role to play.  The really big improvements will only come when we find an effective way of incentivising us recyclers for our, free, hard work.

We need to think creatively.  Recyclable material has a value and that value could be shared.  Perhaps we can introduce small reductions in council tax for roads whose residents are best at recycling?  Maybe councils can offer grants to community groups and schools that are located in areas where recycling rates most improve over a given period?

We’ve come so far already but it’s the ‘carrot’ rather than the ‘stick’ that’s the key to further improvement. 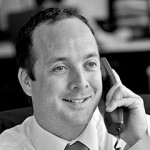 Toby Barker is an associate director at Camargue