Whether you’re promoting a brand, an event or a political campaign, you hear the same thing over and again: we have to get through to millennials.  Young people are the future, with their social media and avocado toast.  Millennials are where it’s at.

But a millennial is someone born between about 1980 and 1996.  The oldest millennials are now 39, and the youngest millennials are turning 23 – in other words, the 18-24 demographic isn’t really millennial anymore.  We can’t go on thinking of young people as ‘anyone who grew up after they turned the internet on’ – because that now includes just about everybody under 40.  It’s time to recognise the new generation – Gen Z – and think about how to communicate with them.

While millennials may remember computers being introduced to their schools for the first time, many in Gen Z won’t remember a time before smartphones or social media.  Only the oldest of them are likely to remember the 2008 financial crash, yet studies suggest that growing up in a post-recession world has made the generation both more frugal and more sceptical than their millennial counterparts, who were able to enjoy the prosperity of the 90s – even if they weren’t fully aware of it.

Gen Z folk are even more aware of and more active on world issues than the generations before them – just ask Greta Thunberg and her fellow climate strikers – and their watchwords are self-expression, authenticity, and diversity.  Unlike many millennials, they care less about celebrities and big brand names and more about what their favourite influencers are saying, and they’ll abandon a brand (or an ingredient – look at palm oil) quickly if it slips up or they feel they can do better elsewhere.

All of this means that engaging Gen Z isn’t as simple as having social media accounts and celebrity endorsements.  Brands need to have something genuine and thought-through to say which engages with their values and priorities.  They also need to find mouthpieces that young people trust in order to spread the word.

Some have done this very well – take Greggs’ push into vegan food this year, and the way it leveraged Piers Morgan’s criticism to gain wall-to-wall coverage.  Meanwhile, others have failed to find the authenticity needed to engage with Gen Z – like Pepsi’s ‘Jump In’ film flop featuring Kendall Jenner, which tried to tap into narratives around social justice but ended up looking shallow and exploitative.  It’s not enough to pick a hot issue and piggyback on it; you’ve got to really address it if you want the next generation to take notice.

Gen Z is still coming into its own, but over the next decade it’ll capture a big share of the market.  If brands want to capitalise on that, it’s smart to get in early.  And that’s just the tea. 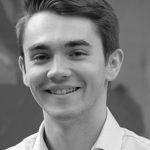