The canteen at the supermarket where I temped as a student once tried to introduce ‘meat-free Mondays’ in a bid to encourage people to try healthier, more diverse meal options and cut down on the crispy bacon. It was a nice idea, but – and this probably isn’t a surprise - it went down like a week-old kale smoothie. Within a fortnight, burgers were back on the menu.

It wasn’t that the old brigade was opposed to quinoa and cauliflower, rather they really didn’t want to be told what to eat on their break. They got in early, worked hard, and wanted fish and chips for lunch. Woe betide anyone that took that away.

So, it was with some amusement that I noticed US office space provider WeWork had decided to introduce a similar policy – a worldwide ban on meat in managed canteens and while out on company expenses.

In theory, it’s a good plan. Cutting back on meat means cutting back on your carbon footprint, and with WeWork operations in 76 cities worldwide, that’s quite a saving. The firm also wants to encourage healthier eating – which is a fine idea too – and save money at the same time. Besides, WeWork says, you can always bring your own lunch to work.

That all sounds reasonable, but critics argue the policy isn’t being driven by an unselfish pursuit of environmental ideals, it’s designed with company valuation in mind.

There’s almost certainly some truth to this. WeWork is desperate to stand out in a cluttered, unsentimental marketplace. It offers interesting quasi-curated work spaces that aim to encourage productivity and a sense of community among tenants – or ‘members’ in WeWork-speak. Although geared toward technology start-ups and entrepreneurs, the focus on collaborative, creative and well-managed spaces suits established brands just as well. And, as a result, WeWork’s growth has been considerable since launch in 2010.

It’s not all good news though; the firm has yet to make a profit. This has led to suggestions that the introduction of policies that ‘differentiate’ the company are as much about justifying its lofty £20bn valuation as they are about changing the world.

This is where the challenge lies. Selling the change as a step towards environmental responsibility might sound like a great idea in the boardroom but introducing major change across facilities in 76 cities without first engaging employees and tenants is a huge task – and risk. Reducing your carbon footprint and encouraging healthy eating are admirable ideals but forcing people to comply rarely encourages genuine change – as my old employer found.

WeWork says this is only the first step in its attempt to ‘redefine’ work places, and that over time the firm will look at phasing out leather furniture, single-use plastic and – eventually – seafood, eggs and dairy. Again, very noble – but pursuing this without bringing WeWork employees and members along doesn’t seem as collaborative as their facilities suggest they are.

I wish them well with their endeavour – but they won’t stop me wanting crispy bacon on a Monday morning and going elsewhere if necessary to get it. 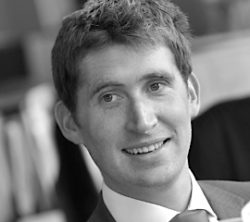