From wireless to digital

Like millions of people across the country, I was raised on radio. Growing up on a farm, I’d often jump into a tractor with my dad to find him listening to Radio 4’s Thought for the Day, getting the words wrong to 80s pop or caught up in the latest scandal-ridden episode of The Archers.

As an adult, radio has similarly become the soundtrack to much of my life. It’s a companion while driving, background noise to cooking, the source of much of my news, and its popularity seems to show no signs of waning. According to the latest figures released by RAJAR, 48.2 million adults in the UK listen to live radio broadcasts each week. That’s 89 per cent of the adult (15+) population.

Radio is a medium on the brink of a monumental transition however, with the switchover to digital audio broadcasting (DAB) looming ominously on the horizon.

At the beginning of the year, Norway became the first nation to start the process of switching off FM radio signal, officially beginning its move to digital-only national broadcasting. The transition hasn’t exactly been popular though; according to an opinion poll published at the end of 2016 by Norwegian daily newspaper, Dagbladet, it was supported by just 17 per cent of the population.

Critics of the scheme are particularly concerned about the lack of DAB receivers in cars, with the Financial Times reporting that almost two million of Norway’s cars lack the necessary equipment and adaptors retailing at NKr1,000-2,000 (£95-190).

There are also concerns about reception and emergency communications, entirely understandable in a country famous for its mountains and fjords.

With the digital switchover pencilled to begin in the UK later this year, the Norwegian transition has been making headlines in the British media. As a nation we tend to fear the unknown: remember the mass hysteria over the Millennium Bug? But what opportunities can the shift to digital radio present?

For a start, the UK’s FM frequencies are officially full: there is no space for new national stations. Digital platforms provide space for more stations which, from a consumer perspective, should mean a greater choice of stations to listen to. For brands, this means greater opportunities for advertising and profile raising.

New features of digital radio give listeners the ability to pause and rewind a broadcast, while simplifying the process of searching for a station: gone are the days of memorising tuning frequencies and crackling white noise.

Digital radio is also significantly cheaper to operate and maintain, with the Norwegian government estimating that going fully digital will save the country an estimated NKr200million each year (around £19.1 million).

Back on home soil, RAJAR figures show that listening via digital platforms continues to grow, accounting for 45.5 per cent of all radio listening (this includes digital radio received through televisions and accessed online via websites and apps).

Given that the trigger point for the UK’s switchover is set at 50 per cent of radio listening, we may need to be ready for this brave new broadcasting world sooner than we think. DAB is coming and we should be gearing up for its potential. 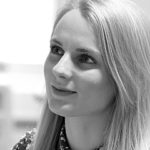