On February 16th, the world’s major oil producers, Saudi Arabia and Russia, agreed to freeze oil output in a bid to stabilise a slump that has created turmoil in energy economies around the world. While output will be frozen, it is still at record levels and unlikely to have a huge impact in the global oversupply of oil that has created the price slide.

Last month the Saudi Government made it clear that it would not cut production to deal with the global oil glut. "We are not going to accept to withdraw our production to make space for others”, said Khalid al-Falih, Chairman of Saudi Aramco at a panel hosted by CNN at the World Economic Forum in Davos.

The impact of the oil slide has had a huge impact in the UK. Earlier this week, the industry body Oil and Gas UK stated that less than £1bn was expected to be spent on new projects this year, compared to around £8bn per year for the last five years. And oil companies have been hit hard and are struggling to maintain financial performance despite huge cost cutting. The stories of oil companies shedding jobs and cutting costs are coming thick and fast.

On the plus side for UK consumers, it’s getting cheaper to fill up your car. However, when it comes to how the UK generates its energy to keep the lights on in our homes and businesses, it has wider potential.

There is a school of thought that the oil price suppression is a bid to damage the booming shale gas industry in the US. The Guardian recently reported that fracking companies are looking increasingly vulnerable as oil prices drop (the Guardian also reports that the US is now the globe’s biggest oil producer due to new techniques to extract it from shale rock according to BP data) and there are now fears that many fracking operations in the US may default on an estimated $200bn of borrowings, which in turn would put global markets on a slide.

So one possible impact of continued lower crude oil prices is that it makes investment in fracking or shale gas, appear to be a far riskier proposition. In the UK, the fracking industry will accelerate or stall based on blunt economics and achievable profit for investors. Fracking as an industry is being lined up to help bridge a recognised energy gap in the UK. But we will have to see if the volatile global economic landscape helps or hinders its growth.

What does this all mean to UK energy? It is too early to call. If fracking does not provide the answer the Government is looking for to boost the UK’s energy supply, what are the alternatives? New nuclear is on the way, but will take many years to get on line. Ageing oil and coal fuelled power stations have been shut down. Renewables have seen the sun go down and had the wind taken out of their sails with the removal of subsidies. It will be interesting to see over the next 12 months whether the UK fracking takes off; even with a more favourable planning regime (see my colleague, Mark Cooper’s blog of 10th Feb).

And if it doesn’t, how will Britain fill its worrying energy gap. 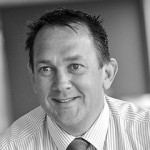