Generation Z have grown up amid the climate crisis. The sea level is rising, we’re experiencing more extreme weather events, ice sheets are melting; and there’s a global temperature rise that means the Earth is likely to reach the crucial 1.5℃ warming limit as soon as early 2030s.

There’s an underlying sense that younger generations are ‘traumatised’ by what’s unfolding in front of them. Deloitte has even indicated that 43 per cent of Gen Z’ers fear the environment has passed the point of no return and it is too late to repair the damage caused by climate change.

Writing as a Gen Z’er myself, this is a narrative I’m all too familiar with.

But now, the urgency of the situation means my peers are flocking to climate careers, where they can make meaningful change beyond that of pleas, protests and petitions. The UK government wants to create more ‘green jobs’, pushing the figure up from 410,000 now to two million by 2030, as part of its plans for an economy with zero fossil fuel emissions.

Of course, it’s not just Gen Z’ers that are mobilised in this challenge. A new study has said that around seven in 10 of all generations believe climate change, biodiversity loss and other environmental issues are big enough problems that they justify significant changes to people's lifestyles. The oldest generation surveyed, Baby Boomers, were said to be slightly more likely than the others to feel this way.

As greater emphasis is placed on careers linked to environmental science, sustainability, policy and public affairs, Gen Z voices are getting louder in the rallying cry to prevent more irreversible damage. A wider range of industries are now tracking their impact on the planet, and so there are more opportunities. Research, engineering and science-based careers, it seems, are on the rise.

Older generations are a big part of the conversation too. It is much of their work and vision for a greener future that has been done already to pave the way for these ‘green jobs’ that younger people are now able to pursue. Without that, we’d be even further behind.

I’m a good example of a Gen Z’er who has gone into a job where you can play a real part in enacting change. For me, working with clients who are driving the development of renewable energy technologies such as offshore wind, solar power, carbon capture and hydrogen production brings those wider goals within reach.

But is this enough? Or is there a need for a stronger mandate and an imperative for collective action beyond this?

A unified, intergenerational effort will ultimately go a much further towards making cutting our carbon imprint a reality. Gen Z may be the last generation that can change the course of climate change but they are also, arguably, the first generation that will have to live with its true consequences. When entire generations are encouraged to work in tandem, to overcome adversity and affect systematic change, we can do so much more.

Engagement in environmentalism has reached a new high. We’re at a pivotal moment where adapting lifestyles isn’t enough and there is a sentiment now that it’s imperative to muscle in with corporate players to enact change.

There is a desire to really move the dial, and that falls to every generation, not just one. 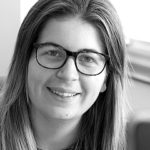