How long can businesses keep up with soaring energy prices?

The UK is facing a turbulent time, with inflation driven largely by rising energy prices affecting every household.

But businesses of all sizes are also facing significant impacts as a result of the skyrocketing cost of energy-intensive raw materials, their own energy bills and, in many cases, both.  And unlike households, they aren’t covered by a price cap from the energy markets’ regulator, Ofgem.

A growing number of businesses are reporting as much as a tenfold increase in their energy bills as their current contracts expire; from energy-hungry manufacturing companies in sectors such as steel, cement and brickmaking, to pubs being hit from numerous angles and even fish & chip shops grappling with keeping the fryers on alongside the soaring price of ingredients.

Around 15 percent (or more than one in eight) of small and medium-sized firms expect they could be forced to close or downsize, and across the board, companies may be forced to bring down the shutters temporarily or in some cases for good.

In fact, the energy crisis may already be biting with the UK’s manufacturing output falling for the first time since February 2021, and no growth expected for the three months ahead.

Companies are urging the Government to act in wake of the spiralling energy costs.  The Confederation of British Industry (CBI) has called the Government to freeze business rates for another year and to target support at firms most in need.

Government has said it is considering actions such as VAT and business rates holidays, as well as direct grants and bail outs for essential industries but the cost of any bailout could dwarf the £70bn spent on the furlough scheme during the pandemic.  Critically definitive measures will only be brought in after the next Prime Minister takes office next week.

UK businesses have demonstrated remarkable resilience in coping with the pandemic and they are sure to be tested again.  However, there is hope that if the Government provides adequate support, together with the cooling off in the energy markets, the crisis will be overcome.

How – and how quickly – the next leader deals with the rapidly rising concerns of businesses will be crucial.  All we do know is doing nothing is not an option. 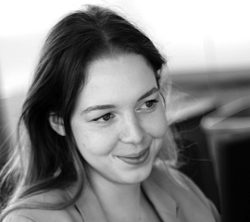