Ignore the experienced generations at your peril

To what extent does a person’s age influence the way we communicate?  That’s the question we’re pondering following an enlightening talk by author Crispin Reed about his book, ‘The 7 Myths of Middle Age – Implications for Marketing and Brands’, co-authored with Dr Helena Rubinstein.

The crux of the debate, based on significant research with institutes such as Harvard, is that the stereotypes we apply to older people are deep and difficult to shift.  Reed argues that we may think we understand the older generation, but all the evidence suggests we don’t.

Indeed, a quick word association game based on the term ‘old’ conjured up such descriptors as ‘grey’ and ‘pension’ from the Camargue team.  Why didn’t we reach first for ‘experienced’, ‘mature’ or ‘informed’?

Perhaps it’s because ‘old’ is a problematic term.  Media and marketing stereotypes significantly distort our perceptions – from the lazy lumping together of anyone over the age of 50 into one homogenous group, to the lack of targeted advertising that doesn’t involve a boiled sweet or joint care tablets.

This is aptly demonstrated by our morbid curiosity with the recent FaceApp craze.  We’re succumbing to and reinforcing negative stereotypes about age.

But brands that ignore or infuriate the experienced generations do so at their peril.  People over 50 possess the highest spending power, make up nearly a third of the UK workforce (much of which they run) and contribute around £570 billion to the economy.

Classic signs of brands missing the mark include under or misrepresentation, patronising behaviour or, worse, simply ignoring this demographic.

This is as diverse an audience as any other.  While the market may be less impressionable or led by trends, remember there’s no upper age-limit for interests such as technology, travel, entertainment or fashion, which are all too often falsely labelled as the pursuits of a younger generation.

We’d all do well to remember the words of eminent journalist, Dorothy Fuldheim; ‘youth is a disease from which we all recover’. 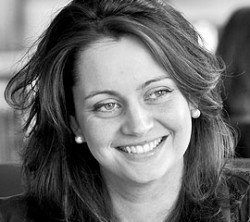