Is it time for the ministerial merry go round to slow down?

The rumour-mongering is over, final negotiations completed and all of the major players are now focusing on the challenges lying in wait for them over the weeks and months ahead.

This isn’t of course in reference to the Premier League’s latest record-breaking transfer window, but rather the dust settling on Boris Johnson’s latest cabinet reshuffle, which saw high profile departures for the likes of Gavin Williamson and Robert Jenrick and promotions for Liz Truss and Nadhim Zahawi.

Much like the way that our football teams’ starting elevens appear to chop and change from one season to the next, it often feels that the same can be said when it comes to the Cabinet’s line up.  While the jostling for senior positions will always play a key role in the politics of governments, there’s arguably a strong case to be made for introducing a longer-term ‘transfer window’ for ministerial changes.

For starters, the individual MP responsible for a brief would know they would be held accountable for their performance over a defined period.  Equally, businesses and organisations would have greater reassurance from Government that the minister looking after their sectors would have time to build relationships, fully understand key issues, and develop and implement appropriate policy.

Continual upheaval is rarely beneficial for any sector.  Take construction as an example.  Construction News has calculated that Lee Rowley MP’s appointment remarkably represents the 20th different individual taking up the reins since 2001.  Many will be hoping Rowley lasts longer than his predecessor Anne-Marie Trevelyan’s eight months, or the previous incumbent Kwasi Kwarteng – who held the position for less than 30 days.

Despite its significance often being overlooked, the construction sector is unquestionably one of the UK’s most essential – not least to a Government seeking to “build back better”.  Prior to the pandemic, in 2019 it contributed £117 billion to the UK economy, equivalent to six per cent of the national total.

And yet the latest ministerial changes come at a time when a steady hand on the tiller has never been so critical. The industry is continuing to battle hard to bring through the much-needed innovation and reform set out so starkly in the Construction Leadership Council’s 2016 Farmer Review – simply titled “Modernise or die”.

This already uphill task has been made all the more challenging as companies ranging from SMEs to major contractors face an acute labour shortfall exacerbated by Brexit, shortages of critical materials such as timber, and a need to quickly identify and implement new measures and technologies to achieve the UK’s legally binding net zero targets.

Now more than ever, construction needs not only national leadership but also a degree and continuity to help it weather the current storm.  Johnson’s latest appointments will never command the excitement of a surprise Cristiano Ronaldo transfer.  But perhaps by ensuring those with vital portfolios will remain in post longer than the average Premier League manager, businesses would have greater confidence that ministers responsible for their sectors will get a longer-term grip on the most pressing industry issues. 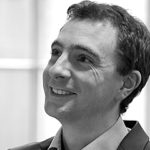 Giles Venn is a senior account manager at Camargue