Is the Labour party becoming a personality cult?

There’s no denying that personalities are more important in politics now than ever before.  At Labour conference last week, it was all about Corbynmania – you could buy anything from scarves to shaving cream with Corbyn’s face on.

Some think the Labour Party is developing into a personality cult, and you’d be forgiven for thinking so after watching Corbyn stride into the conference hall for his keynote speech, saluting and blowing kisses to his adoring fans as a chorus of “Oh Jeremy Corbyn” rings around the hall.

But Corbyn’s support is too widespread to call it a cult.  It’s not just students, “Trots and Tankies” that support Corbyn – winning seats in constituencies like Kensington and Canterbury proves his appeal is much wider, and achieving record numbers of party members is nothing to be scoffed at.

Rather than a personality cult, it is the reality of politics today.  A presidential aspect to UK politics has emerged where personality, image and leadership are now more significant than ever.  Party leaders must ensure there is a personal stamp to the agenda they pursue, and in the age of social media, it is critical to maintain a good public profile.

The previous two Labour leaders – Gordon Brown and Ed Miliband – were mocked for their public image and lack of charisma, but now Labour has a leader who is liked.  Considering this popularity a ‘cult’ is unfair and makes it seem there’s something sinister to it.

But this new-found admiration was through no choice of his own – Corbyn seems slightly embarrassed by it.

He’s got the Conservatives and their lacklustre general election campaign to thank.  The strategy was to frame the debate around the leaders – the calculation being that a carefully constructed public persona would trump the then-unpopular Labour leader.  It was branded Theresa ‘strong and stable’ May versus Jeremy ‘unelectable, terrorist sympathiser’ Corbyn.

But May was made to look awkward.  Poor advice from her closest aides resulted in repetition of meaningless soundbites, with May avoiding any public appearance which may expose her, contradicting the Conservatives’ campaign slogan of strong leadership.  Throw in a weak manifesto and a couple of U-turns, and the pendulum swings towards Labour.

Corbyn, unlike most recent UK party leaders, comes across as a genuine person and, as a lifelong campaigner, thrives among ‘real people’.  At a time when scepticism towards politicians has never been higher and there is a strong demand for something different and refreshing, this is a real strength.

Yes, the Conservatives still won the election and Labour still has much to do to get into government any time soon – first hope there is an election before 2022 and then win an extra 64 seats – however, it is unfair to brand the rise of Corbynmania as just a personality cult.  The suggestion, once considered crazy, that Corbyn’s party is now the mainstream is starting to be taken seriously, not least by the Tories in Manchester this week. 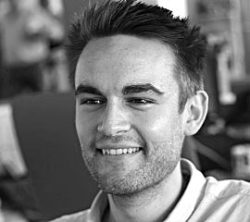