Fired up for regeneration? Lessons from 1666

“Nothing beside remains. Round the decay
Of that colossal Wreck, boundless and bare
The lone and level sands stretch far away.”

History and legend are littered with once proud cities that now lie forgotten in deserts or beneath tree canopies in jungles and forests. The Silk Road city of Merv in Turkmenistan – once the ‘mother of the world’ and the largest city in existence – never got over the attentions of the Mongols, and now exists in the category of picturesque ruin.

And yet, the destruction of great cities often sees them bursting back stronger and more vital. But this can take different forms. The Lisbon that emerged from the catastrophic earthquake of 1555 was a state planned overhaul that razed the remains and built a new city with some of the earliest buildings designed to withstand earthquakes.

London post 1666 took a very different turn. In this the 350th anniversary year of the Great Fire of London its worth reflecting on how this has contributed to the city of today.

The fire destroyed four fifths of the walled city. 13,200 houses, St Pauls Cathedral, 87 parish churches and chapels, The Guildhall, Custom House, 52 company halls, markets, prisons, gates and bridges. But, in contrast to Lisbon, the houses in post fire London were “in many ways only the medieval or Tudor houses reclothed in brick”. In most cases new shops and houses emerged on the site of old shops and old houses.

So, while the fabric was destroyed still more could have been lost. The Medieval City – a picturesque tinderbox of wood and pitch houses almost touching in some places could not be saved, but rather than the neo classical/Rococco boulevards of redeveloped Lisbon a sense of the old London survives in the irregular streets and alleyways that contribute to its character today.

London rose up swiftly from its ashes. Within ten years maps of the city show all the area of the Fire had been rebuilt with the exception of some of the sites of parish churches. An impressive build programme by anyone’s standards.

Although everyone from King Charles II to architects such as Christopher Wren were excited by the prospect of working with a blank canvas, unlike Lisbon an overall vision was not imposed.

Property owners asserted their rights and as soon as possible began building again along the lines of the previous street pattern with huge energy. That is not to say there was no change. Markets were moved to special halls and some roads were widened, but grand ideas for new canals or public buildings did not get far.

Personally I am glad the city has retained its individualism. As you wander through strangely named and awkwardly aligned streets, or get snagged up in narrow roads barely designed to meet the needs of the 17th century you can make up your own mind. All cities need to regenerate themselves if they are not to fall into decay. As new plans come forward to build out and increasingly up and down I would make a personal plea that we keep space for the old, strange and imperfect. 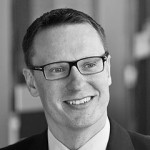 Tim Read is a director at Camargue.