Let us start with a maths problem.  If your rise to UK prime minister is supported by under a third of Conservative MPs, and under half of a total party membership of 180,000 – what percentage of the UK population have given you a mandate?   In raw terms it’s about 0.1 per cent, or if you generously add the ‘doctor’s mandate’ of supportive MPs’ constituents, then around 17 per cent.  One wonders if on Tuesday 6th September there will be anyone in the UK who leaps out of bed in jubilation at the anointing of our latest prime minister: Mary Elizabeth Truss.

I raise the arithmetic because, as a former accountant, Ms Truss is well known for her penchant for numbers.  This has come in the form of quizzing civil servants on sums in meetings, and also in her approach to policy and management.  She is said to treat decisions as equations, and looks at ministries primarily in terms of their balance books.  With a stated ambition to use her premiership to cut taxes and review public spending, Ms Truss is, so far, staying true to form.  The problem is that, perhaps more than ever as the country faces an energy crisis, housing crisis, and climate crisis – the numbers rarely tell the full story.

Robert Kennedy famously said of gross national product (GNP), that it goes up due to “air pollution… the destruction of the redwood, and the loss of our natural wonder” – measuring everything “except that which makes life worthwhile”.  This is true for any approach to policy that is too focused on pounds and pence.  And the problem is our inability to quantify real social value – from the benefits of urban green space and public art, through to investment in culture, education, biodiversity and decarbonisation.

This social value dimension is essential if policy responses to the current situations are going to be more than economic sticking plasters.  To use the mathematical language of Ms Truss, there is a variable missing from too many of her equations.  So far it has been tricky to measure social value at all – though progressive efforts from private firms come to mind, including Barton Willmore’s Greenkeeper tool to measure the real value of green space.

Perhaps this assessment of the PM’s vision is reductive and unfair – and too early.  As a student of politics, philosophy and economics (like myself) she will have been forced to confront much more than simple arithmetic.  I also don’t wish to understate the importance of mathematics.  What the subject teaches of logic, clear thinking, and creative problem solving, is significant and praiseworthy.  So we must hope that in the days to come, as Ms Truss sets out her responses to the myriad crises facing the country, it is creative problem solving that comes to the fore.

An administration that makes the tough choices will need to have a thorough understanding and appreciation of the importance of social value.  Only then can it do what is necessary to stave off climate disaster, to reset our energy system, to level up the country, to build and retrofit the homes we need, to invest in the health and social care services we reply on, and to bring about a genuinely better and brighter future.  For a PM already badly in need of a popularity boost, and aiming to solve the mandate maths problem with which we began – what better way to get people jumping for joy? 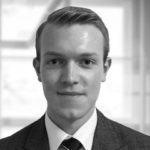