Local Elections 2022: a blurry picture for both parties

On the one hand, ‘historic’ wins for Labour in Tory strongholds.  On the other, an indication that a new status quo has taken hold for the Conservatives in the midlands and north.

The story of election night was undoubtedly Labour’s victory in three symbolic London councils.  Labour is also now the second biggest party in Scotland – overtaking the Conservatives and slowly making in-roads for the first time since the 2014 independence referendum.

But is Labour really ‘back on track’ to succeed in the next general election as Sir Kier Starmer claimed on Friday?  The nation’s favourite psephologist, Sir John Curtice, thinks not.

Outside of London, Labour’s gains were modest – particularly in former red wall areas.  The party experienced some demoralising losses – most notably with the Liberal Democrats taking Hull City Council after a decade of Labour rule.  Throw into that defeats in parts of the capital – Croydon, Tower Hamlets, and Harrow – and you get a more complicated picture.

While the long-term implications for two-party politics will only become clear with time, this does suggest that the Brexit cultural divide that has defined the last few years is continuing to soften.  And as Labour also yielded relatively strong local election results under Jeremy Corbyn, could a more liberal or radical agenda (there were strong results across England for the Liberal Democrats and the Greens) still appeal to former red wall seats?

However you cut it, it was not a good night for the Conservatives, with ‘partygate’ and other recent scandals portrayed as emblematic of some of the long held views of the party.

Local elections are always fought on a mix of local and national issues – more or less so depending on the individual voter and the hot topics of the day.  For local candidates to closely align themselves with national leadership is usually a positive sign, so Conservative nominees branding themselves Local Conservatives places Boris Johnson in an uncomfortable position.

Historically, betting on local elections as an indicator of national results has been a faulty metric – as Theresa May learned to her cost in 2017.  But is it possible that the Tories’ stable performance across the north, coupled with growing concerns that the economy will not improve before the current term ends in 2024, will tempt the Prime Minister into a snap election?

A more likely strategy is for the Government to try to ride out the wave of criticism and aim to be seen as delivering on election promises.  The Queen’s Speech therefore comes at a timely moment – an opportunity to refocus its agenda and ‘double down’ on levelling up in the north and midlands, and those areas which now seem to be its safest route back into power. 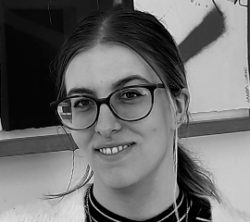