The capital is a dynamic, febrile place, frustrating and fabulous in equal measure.

But what about its sustainability credentials?

An article by Simon Jenkins in the Evening Standard this week looked at the work of the American urbanist, David Owen, and his theory that the greenest places on the planet are the big cities.  It’s a polemical idea that aims to bust the myth of the countryside as an eco-friendly paradise.

As London gets fuller and fuller – with reports of 10m people by 2036 – we’re becoming greener and greener.  We’re doing this in part through sheer weight of numbers: better (although not  brilliant) use of buildings, more shared flats, less driving, more walking; plenty of eating out in restaurants serving hundreds of people from one kitchen.

Of course much more needs to be done on the capital’s infrastructure efficiency, and we can’t ignore questions about quality of life. Jenkins posits that Tower Hamlets has the same population of Milton Keynes in just one 15th of the space. Hurrah. But Milton Keynes has historically featured highly in various ‘happiness’ indices (although it dropped this year). Could the same be said of Tower Hamlets? It is one of the poorest boroughs in London and a study last year found that children growing up there were more than three times as likely to be raised in poverty as those in leafy Richmond-upon-Thames.

As ever, London is a place of contradictions. However, as you strap hang on the Northern Line at 8am, think of yourself less as harried commuter and more urban eco warrior. 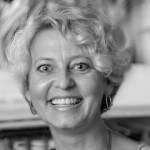