People often talk about how crisis is the catalyst for innovation. Covid-19 has certainly sparked lots – from the first-of-its-kind mRNA vaccine and new ways of working, to wacky inventions like ‘cuddle curtains’.

So, when it was announced that a new green space would be created right bang in the middle of London’s West End to ‘bring the buzz and footfall back’ to central London, I looked on with interest.

The result was Marble Arch Mound – a temporary 25 metre artificial hill that cost £6 million. Unsurprisingly, after it was delivered not only overbudget but also spectacularly underwhelming, there was an uproar, and a deputy council leader was shown the door.

The ambition, however, is to be commended. Retail, hospitality and tourism have suffered greatly in the past 18 months, and we need bold initiatives to help these industries get back to their best. Doing this through imaginative placemaking is one such avenue to success.

The problem at Marble Arch was that the execution was less than admirable. The West End is not short of attractions or landmarks, so investing in new initiatives or events based around existing assets rather than creating new – and temporary – ones may have been more effective (and more popular).

The Mound will be packed up and taken down after six months, so its temporary nature also begs the question of its green credentials – never mind the £6m, what was the carbon cost of constructing it and then taking it away? The area is not short of greenery either, with Hyde Park and its vast green spaces, gardens and trees just a stone’s throw away.

Having accessible urban nature in towns and cities is becoming increasingly important. The pandemic has put in sharp focus the importance of access to open, green space on mental health, while new parks and forests are needed to help support declining ecosystems and enhance biodiversity.

But careful thought must be given to local contexts and surroundings. Take the campaign from The Wildlife Trusts to secure 30% of land and sea for nature’s recovery by 2030. Its projects include rewilding a village to attract more wildlife and plants, and transforming a golf course into an urban bee and butterfly oasis – great examples of using nature and placemaking in the right way, delivering places people want to visit and spend time in, while benefitting the natural world too.

There is also lots of great work from developers, landowners and local authorities incorporating nature into new developments and creating green corridors, which are crucial to connecting biodiverse areas and ensuring long-term benefits for wildlife. For instance, biodiversity experts at the London Wildlife Trust have partnered with housebuilder Berkeley to create wetlands and other habitats to attract new wildlife and specifically pollinators to its new London developments, such as Kidbrooke Village and The Green Quarter.

And with the Environment Bill requiring all developments to achieve a biodiversity net gain, the natural environment must play a critical role in any planning or placemaking strategy.

As for the Marble Arch Mound, kudos for the ambition but not the execution. In terms of innovative things to come out of this crisis – I prefer cuddle curtains. 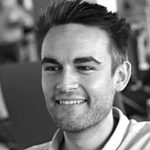 Richard Pia is a senior account manager at Camargue