Mourning the loss of philosophy from politics and economics

With Brexit, a general election, and political wrestling very much part of our current landscape, the temperament of our politicians and leaders appears ever-more important, and ever-more out of touch.

The benches of parliament have long been dominated by the PPE (Politics Philosophy and Economics) graduates of the University of Oxford. The three pillars of this broad degree should prepare individuals with the range of qualities we expect to see from our leaders.

I don’t think I’m alone in feeling that we seem to be missing the philosophy part, the knowledge and ethics that would address what Barack Obama described as an “empathy deficit”.

The University of Oxford admissions website describes the philosophy element as “analytical, critical and logical rigour, enabling … how we acquire knowledge or make ethical judgements”. How telling is it that many of those studying PPE choose to drop philosophy and keep only politics and economics? That 52 per cent of FTSE 100 CEOs have a financial background while only eight per cent hold MAs?

This is a world where philosophy matters, where the humanities matter. The recent and astronomical rise of the climate movement demonstrates our capacity for empathy, and the huge power to be harnessed when people care enough to think.

For example, while Extinction Rebellion (XR) has built a global identity and powerful presence worldwide by tapping into the philosophy of caring about something outside the self, the UK Prime Minister managed to demonstrate a remarkable lack of political empathy by alienating protestors and supporters by labelling them as “crusties”. Given the government has since published a new environment bill and the Prime Minister himself intends to chair a new cabinet commitment for climate change, surely you’d want to bring XR supporters onside?

Yet even those who seem to have mastered the philosophy of empathy sometimes lose sight of its importance. Some particularly antagonistic activity recently on the London Underground did more to alienate than engage. Imagine how far-reaching environmental activism would be if there was empathy rather than alienation for those commuting on public transport, a green movement in itself.

In a world of politics and economics, the philosophy of taking the time to be empathetic with those we want to influence is a powerful tool, just as a lack thereof is alienating and reputationally-damaging. Many businesses have already learned the value of promoting their consistent core values as a way of attracting both employees and customers. Imagine the power when those core values consistently include empathy.

Politics is often described as the art of persuasion, and empathy is a more powerful persuasive tool than almost anything else. I think our leaders could still learn a thing or two from PPE; the key to successful engagement – with friends, voters, customers – lies as much in the philosophy of empathy, that vital third leg of the PPE stool which is currently wobbling precariously into chaos. 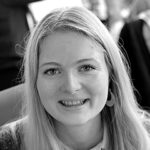