Recently I stood in a dusty Somerset field with 80,000 people watching London grime star Stormzy give a performance that is likely to send his career into the stratosphere.  He also used the opportunity to draw attention to his politics, not least by wearing a stab vest emblazoned with a Union Jack designed by the art world’s king of political satire, Banksy.

Musical performance and political protest are not a new pairing, even the Beatles offered their two-penn’orth on the taxman over 50 years ago. But a 25-year-old representing the under-represented on one of the biggest stages in the world was undoubtedly poignant.

Music can give a voice to the disenfranchised.  And with the Financial Times estimating that millennials will be the first generation in modern history to be worse off than their parents, more and more young people are embracing messages of protest.

In recent months, people across the country have taken to the streets to protest over the government’s perceived inactivity on climate change and many of them are very young indeed.

Here in Birmingham, local school children can regularly be found in Victoria Square demanding that local government take action to protect the environment and safeguard their future.  Inspired by 16-year-old activist Greta Thunberg and the Youth Strike 4 Climate (YS4C) movement, these teenagers are not waiting idly for someone to speak for them.

If the increased engagement with climate issues was in any doubt, I can confirm that David Attenborough received a far louder cheer from the Glastonbury crowd for his five-minute speech on the environment than The Cure did for over 40 years of melancholy alternative anthems later the same day.

Cynics will question how many participants of these movements are truly supportive of a cause.  How many YS4C supporters are only truly motivated by the promise of a Friday afternoon off school?  Will the cider-filled Glasto-goers who joined Stormzy in chastising Boris Johnson actually bother to vote in the next general election?  How genuine is celebrity anti-establishment sentiment – and how much of it is a ploy to enhance their brand?

Optimists however will see the previously apathetic engaging with important issues.  If a second EU referendum were held tomorrow, we could expect thousands of those who were too young to vote in 2016 now having a significant impact on the result.  Democracy should thrive on participation.  Whether or not the current level of celebrity influence is acceptable or desirable is another matter, but we should be pleased that artists like Stormzy are bringing people to the table. 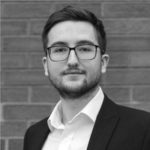