Rishi Sunak was appointed prime minister with a promise to fix the mistakes made by his predecessor. One of his first decisions was to bring back the ban on fracking in England, lifted by Liz Truss a mere month ago, as a nod to his commitment to the green agenda.

He’s been quick to restate the ambitions of his party’s election-winning manifesto, of which achieving net zero played a key role. But there was another dimension to this, and it’s closely linked with the government’s green ambitions – levelling up.

Boosting economic growth and opportunities across the country and combating regional inequalities remain a priority for Sunak’s government, and rightly so. To deliver on this it must recognise how accelerating the green transition can and will help.

Let’s first look at green manufacturing, and the battery industry in particular. Primed for growth, in part due to increasing demand for electric vehicles, the government has supported battery businesses in their development. This has included direct funding for research and innovation. But it’s not just about ensuring homegrown supply in a post-Brexit environment, it’s also about creating employment opportunities.

What’s interesting is that the locations earmarked for new production facilities – from battery manufacturer AMTE Power’s proposed plant in Dundee through to the potential west midlands Gigafactory – are areas with a strong industrial past. They have also historically suffered from lack of investment since former industries disappeared (Coventry was once home to a thriving automotive industry, while Dundee celebrates its ‘jute, jam and journalism’ heritage).

Battery manufacturing promises to be a new industry for these places – and can work to level them up.

To make the sector a success we need to close the skills gap and train up the people who will work in the factories being created. Local authorities have the unique insight needed to equip people with the skills this relatively new sector needs – the government should lean on this. Not only will this help achieve net zero, it will improve socioeconomic opportunities across the board.

As Liz Truss’ ‘Investment Zones’ policy comes under threat from the new government, there’s also the question of how Rishi Sunak’s flagship freeports policy will play out.

Freeports can be a great fillip to regenerate areas in need of sustainable investment and economic growth. But they’re also primed for green innovation – with access to ports, airports and nearby infrastructure, they lend themselves to renewable energy hubs, research and development clusters, and green manufacturing facilities. In turn these improve opportunities for people living in these areas, including putting people in jobs.

However they are pitched, the new government should continue to invest in these areas to meet both net zero and levelling up ambitions.

Housing also offers an opportunity to connect net zero with levelling up. Retrofitting homes that have poor insulation can reduce carbon emissions. But it’s also a way to improve opportunities in areas with lower socio-economic growth – in all corners of the country.

The government has made headway on its retrofitting of social housing stock, backed by the Department for Business, Energy and Industrial Strategy’s Social Housing Decarbonisation Fund. While it reduces environmental impact, it helps tenants with rising energy bills, creates better living standards, improves health outcomes and gives people more pride in the place they call home. Is this not what levelling up is also about?

Initiatives like this should be directed at areas earmarked for growth across the country, and rolled out en masse.

It's promising to see recent developments from the government which show the connection between the clean energy transition and sharing prosperity across the regions is being made, notably in its recently commissioned Net Zero Review which focuses on how efforts to combat climate change can also boost economic growth.

If Rishi Sunak is to deliver on his party’s commitments – and importantly claw back support amid the political turmoil the government has experienced – he would do well to see net zero and levelling up as one. 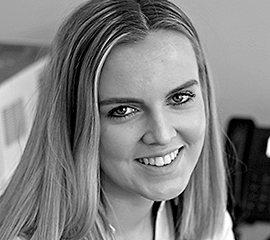 Holly Bryden is a senior account manager at Camargue