Not In My (Neighbour’s) Backyard

Those ready to embrace an overhaul of the current planning system had their hopes dashed with the unveiling of Michael Gove’s Levelling Up and Regeneration Bill last week.

Mr Gove’s modest proposals show few remnants of the radical plans set out in 2020 by the then housing secretary Robert Jenrick after a significant Tory backlash, and appear to signal the abandonment of the 2019 Conservative Manifesto pledge to deliver 300,000 homes a year by 2025.

The new bill has instead focused on giving local communities more of a say, with Mr Gove declaring: “Arithmetic is important, but so is beauty, so is belonging, so is democracy.”

A statement many of us would struggle to disagree with – but whether the proposed policies can deliver on these principles in practice is quite another matter.

One proposal in question is the idea of ‘street votes’, where residents would have the opportunity to propose new developments – such as extensions and replacing properties on their street – and hold mini referendums to decide if planning permission should be granted. The intention being to boost local support for the ‘gentle densification’ of areas. This would help meet the much-needed supply of new homes and restore public faith in the planning system by empowering local residents to shape their own neighbourhoods.

But is judging your neighbour’s proposed new extension really the answer to delivering beautiful neighbourhoods communities are proud of? Especially when ‘beauty’ itself is so subjective. It would likely see a shift from more familiar consultation to street lobbying (potentially even bullying) – and without proper management could be a recipe for pitting neighbour against neighbour, and even bribery. The term NIMBY could end up taking on a far more literal meaning.

Nor do ‘street votes’ appear to be the answer to solving the chronic housing shortage despite the optimistic prediction by the Policy Exchange think tank – of which Mr Gove was a founding member – that it would deliver 100,000 extra homes a year for the next 15 years. Some have questioned whether this will lead to new homes at all, but rather boost the value of existing properties and make it even harder for others to get a foot on the property ladder.

It’s another layer of complexity to a system that many feel already needs simplifying. We desperately need more houses, and adding further bureaucracy by requiring a local ‘Golden Buzzer’ on minor design matters risks hindering rather than helping.

And then there are the other suggested reforms which include digitising the planning system (surely more planning officers would be a good idea), a new infrastructure levy, a requirement for planning authorities to set local design codes (a good idea but who sets the code) and a tax on second homes (the old chestnut that’s unlikely to play well with Tory backbenchers). While the devil is in the detail, as it stands these latest proposals seem to fall well short of the long-sought solution to the ongoing housing crisis. 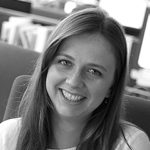 Ellie Hainsworth is a Senior Account Executive at Camargue