I’m glad I’m not the Chancellor. At the end of the month he has the unenviable position of delivering the final budget before the UK leaves the European Union - maybe.

But just how does one go about that? On one hand, he’s faced with record employment levels and, finally, some wage growth. On the other, he has businesses desperate for certainty amidst the confusion and mixed signals of Brexit and needs to create the right conditions for investment.

If ever there was a budget that was needed to steady the ship and set the UK on a calmer course, it’s now.

We know the Chancellor will have his headline grabbers on fuel duty and the ‘end of austerity’ – Theresa May’s Conservative conference speech confirmed that already.

But what about business confidence? What good news will Philip Hammond give to businesses so they can invest with confidence and start planning for UK trading outside the EU bloc? Many will be looking at what commitments he makes on infrastructure spending.

Such projects seem to offer long term opportunity – often a decade from inception to completion. They also call on a multitude of skills and jobs, can attract inward investment in parallel to public money, and provide a huge economic boost while improving the very fabric of the nation. Telecoms, road, rail, energy, waste management and other major infrastructure offer enormous potential now, but also for the future by supporting productivity and international competitiveness.

Pleas for more infrastructure spending are not new. The CBI called for it ahead of 2017’s budget and to a certain extent the government has responded with key announcements on road, rail and nuclear power. Yet, businesses do not seem fully convinced and some still hold doubts about the ability to deliver given the current challenges of finding skilled labour. There are perhaps wider concerns too given the financial challenges faced by HS2.

There is no question that something will need to be done if we’re to successfully navigate both the opportunities and challenges of exiting the EU.

There are tentative signs that change may be coming. When the National Infrastructure Commission published the first National Infrastructure Assessment in July looking at the UK’s infrastructure needs up to 2050, it was met with cautious optimism. Businesses welcomed the plan, the economic case it is built upon, and the blueprint it provides for investment in the long term. That optimism was coupled with another message, however, the need for political will and clarity.

The government has committed to responding to the NIC’s recommendations by early 2019, but the Budget could be a first clear indicator of its plans. For future prosperity, many businesses will be hoping that Mr Hammond has infrastructure front of mind. 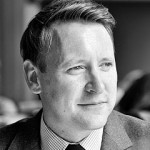 Greg Phillimore is an associate director at Camargue.