On with the show

The halls of Westminster have long been home to press interviews, protests, cameras and controversy. But this week’s spotlight is dazzling.

It’s been a momentous few days for British politics. Boris Johnson’s government hasn’t quite kicked off with the victorious start its leadership campaign promised. Both Houses of Parliament have been party to emotive debate, catcalling and frantic attempts to pull the next few weeks in different directions.

All this drama has unfolded before an unprecedented amount of press attention. This, and the murky yet polarising complexity of Brexit, has sparked the general public’s interest.

Tuesday saw BBC Parliament break its rating record, with 1.5 million viewers tuning in to watch throughout the day. Politicians are well accustomed to public scrutiny, but there are so many more eyes on what they say and do than usual. And they seem determined to put on an unforgettable performance.

Tory MP Dr Phillip Lee stole the show on Tuesday when he defected to the Lib Dems, crossing party lines during Boris Johnson’s first Commons address. MPs have defected throughout the Brexit saga, but Dr Lee performed his defection for the cameras. Jacob Rees-Mogg further enhanced his reputation as the pantomime villain by sparking outrage with his now-infamous slouch across the front benches.

Then yesterday, the Prime Minister’s own brother resigned from his Conservative seat after being ‘torn between family and national interest’. I’m starting to wonder if, during his time on the back benches, the Prime Minister uttered “Macbeth” three times.

Parliament has always been a place of theatre, drama, mystery and history. But the media storm now surrounding it has emboldened protagonists and cameos alike to deliver the performances of their lives. Even playwrights are enthralled – James Graham, the writer of Brexit: The Uncivil war, a docu-drama about the mysticism surrounding Dominic Cummings, made this very clear on Wednesday’s Newsnight.

But what will the spectacle of British politics look like when the Brexit dust has settled? Will the divisive momentum, powerful rhetoric and public spotlight persist?

What’s clear is that reputations will be both built and broken in the national spotlight. Who will ultimately get the standing ovation is anybody’s guess but if all the world’s a stage, everyone is watching. 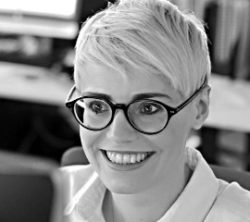