If you missed it, don’t worry. You weren’t the only one. Last week’s Conservative Party conference was not the most exciting event of the year, but the mood inside was buoyant and Theresa May’s new government showed its hand on everything from the role of the state to the delivery of new infrastructure. And, of course, reminded us that Brexit means Brexit.

The delivery of major infrastructure has spooked successive governments – Olympics and Crossrail aside, frustratingly little has been achieved. All that is about to change, it seems, under a government determined to do its duty on airport expansions, strategic railways, energy infrastructure, housing and much, much more. Last week, Chancellor Philip Hammond MP observed that ‘our stock of public infrastructure…languishes near the bottom of the developed-countries league table after decades of under investment’, declaring that this ‘must change’. Business Secretary Greg Clark MP promised to help deliver development and regeneration to ‘upgrade’ towns, cities and energy infrastructure. Communities Secretary Sajid Javid MP had some harsh words for NIMBYs and vowed to take ‘unprecedented steps’ to boost housing delivery, including the ‘largest state-backed’ housing programme since the 1970s. Of transport, Chris Grayling MP spoke of a major road modernisation programme and his ambitions for technology in transport.

So what can we expect from the new government? If the recent approval of Hinkley Point C nuclear power station was something of a formality (putting aside the new PM’s brief pause to reconsider), last week’s decision to approve Cuadrilla’s appeal and tackle the thorny issue of fracking, was not – and it represents a clear sign of a government intent. Airport expansion should be next on the agenda with a decision expected to be taken by the Cabinet in the next few weeks.

Housing will follow shortly afterwards with the publication of the housing white paper. As for railways, both Philip Hammond and Transport Secretary Chris Grayling have eagerly backed High Speed 2 and Parliament is due to make a final decision no later than December, ahead of the Modern Transport Bill being published early next year. Despite being shoehorned into Greg Clark’s expansive brief, energy remains a government priority and we can expect the forthcoming industrial strategy to feature tangible decarbonisation plans.

As Parliament returns for the autumn this week, Theresa May’s government will start on its journey of hauling the UK’s infrastructure into the 21st century. Don’t expect everyone to love it of course – the anti-Heathrow expansion campaigns are already gearing up and sacred cows like the Green Belt may need some attention – but as the UK faces up to life outside the EU it will need this kind of investment more than ever.

Theresa May’s government talked the talk on infrastructure in Birmingham last week. It knows that now, armed with a Commons majority of only 12 – and haunted by the spectre of Brexit – it has to walk the walk. 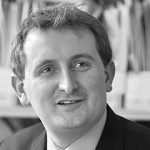 Will Scawn is an Associate Director at Camargue