Planning for a revolutionary future

From the tapas bars of Catalonia to the chippies of Canvey Island, people are demanding a fresh flavour in their politics – and ordering their democracy à la carte.

In the 21st century digital age, the electorate has re-discovered its political voice.  No longer content to leave politics to others, the people are trusting their instincts, setting the political agenda and demanding an ever-greater say in policy making.  Democracy by the people, for the people, best delivered as close to home as possible.  This is ushering in a fresh dynamic to the global political order with a new generation of accountable leaders – in the past few weeks Austria elected 31-year-old Sebastian Kurz and New Zealand 37-year old Jacinda Ardern – and a growing momentum for localised decision-making through devolution and independence.

In the UK, this trend is well established.  We have had the Alternative Vote, Scottish Independence and Brexit referendums – themselves results of the hunger for repatriating power closer to home.  At the same time, local government is quietly being re-cast.  In the last six months alone, six new Metro Mayors have been elected; a similar One Yorkshire plan has gained traction (and is now supported by nearly all Yorkshire councils); and break-away movements have emerged in Canvey Island, Havering and even London itself.

In the property and development industry, this drive towards public participation and localism has been underway for many years and is accelerating.  Thanks to the Planning Act 2008, Localism Act 2011 and Neighbourhood Planning Act 2017, the legislation in support of public involvement is pronounced.

Alongside this, the worsening housing crisis and increasing infrastructure demands have shifted planning, infrastructure and housing growth into the political mainstream.  Today, especially in London, almost everyone has a view on development – it is no wonder that Sadiq Khan made tackling the housing crisis his top priority in his 2016 campaign to be Mayor of London.

More than ever, property developers need to embrace this direction, build trust and bridges with local communities, find creative ways to engage with them, and get the best results for all.  This means acknowledging communities’ appetite for involvement with genuine participation and creative grassroots initiatives. It also means intelligently using technology – whether it’s social media, Virtual Reality, 3D modelling or simple digital platforms – to reach out in a way that creates constructive dialogue and positive results.  The rise of the YIMBY (Yes In My Back Yard) in the USA, Canada and Scandinavia shows that development can be popular and it may yet be possible to solve the riddle of getting local support for ambitious property development.

If recent politics is anything to go by, the public will have its say.  So, come on developers, will you join the revolution? 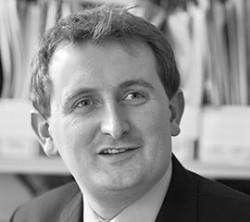 Will Scawn is an associate director at Camargue