Planning for change: will it deliver?

Another week, another announcement about new legislation aimed at helping the country to operate in this Covid-19 world.  Just one of many aspects of this ‘unprecedented’ situation that can make every day feel like Groundhog Day.

That’s not to downplay the significance of these announcements or the legislation being delivered.  They are fundamental tools that set the framework for councils, businesses, education providers, the public and government itself to operate safely while allowing us to return (slowly) to a semblance of normal life.

However, for the most part, they are sticking plasters.  Temporary solutions to a (very serious) ailment blighting all our lives.  We can expect many of them to be unpicked once we have the virus under control – whenever that may be.

For planning and the built environment at least, more fundamental and long-lasting changes are afoot.  At least that’s what we’re being told.

In March, the Government published a report outlining a range of measures it planned to introduce to build better communities that benefited more people more quickly.

Coronavirus has put paid to the promise of a planning white paper in July, but the commitment to comprehensive reform is still there and the Prime Minister is expected to reignite the impetus for this in big announcements this week.

The promise of reform sparked the sector’s interest earlier this year and recent tinkering has been welcomed.  Whether the Government delivers on its promises remains to be seen.

Last week marked the first time in 30 years that Liverpool won the league title.  A sad day for me and many other Manchester United fans, I’m sure.

The planning system has seen plenty of changes in that time – not least with the introduction of the Localism Act in 2011 and the streamlined NPPF in 2012.

Despite these reforms, there are still widespread complaints from those promoting development that the system impedes delivery, and from local authorities and communities that it allows sub-standard developments in the wrong locations.

Any reforms will need to address these opposing views and find a solution to widespread challenges – from housing availability and affordability to sustainable travel, climate change and the push for net zero carbon as part of a green recovery.

Covid-19 has introduced short and long-term issues that will make the job even more difficult.  It will be interesting to see whether Robert Jenrick survives the Westferry and Sirius Minerals controversies to see it through. 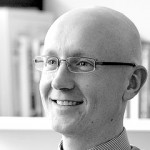