2020 has been very loud.  There’s been a lot of noise about some very big issues, and rightly so in the case of the need to combat racism.  Since the events of May forced us to rethink our definitions of diversity and inclusion, I’ve put a lot of thought into the role I, as both an individual and a communications professional, have in promoting the drive towards equity for all.

To paraphrase the presenter, author and social commentator Dotty Charles, people need to stop shouting.  The route to solving this problem isn’t by having the loudest voice or the strongest opinions, it’s through taking action to change deep-rooted, and often unconscious, behaviours for the better.

In the aftermath of George Floyd’s death, many large organisations rushed to issue statements showing how inclusive they are.  But Dotty’s point is that it’s not enough to say ‘hey, we’ve got an equal opportunities policy’ because, as important as those policies are, they ain’t working – what corporations need to do instead is address the issue itself, not just appease the audience.  First, act to change the status quo, then tell people what you’ve actually done.

So as a small cog in a big wheel, how can I help facilitate that change?

As a starting point, I can ensure that the people we give voices to through our work are diverse.  The best spokesperson isn’t always the oldest or most senior and I want to work with my clients to give a wider breadth of people an opportunity to share opinions, demonstrate expertise and inspire others.

Secondly, I can challenge myself and the organisations I work with to create content for those voices to share that demonstrates their inclusivity, from promoting projects with equity at their heart to highlighting initiatives that encourage people to change the way they think or act.

As we move into 2021, these are the challenges I’ve set myself and I hope others will follow. 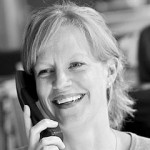 Verity Barr is an associate director at Camargue