In his new year message, the Archbishop of Canterbury, the Most Reverend Justin Welby, urged people to reconnect with each other.  Taking his point further, I would argue that for our national unity, happiness and wellbeing, reconnecting to the places where we live is equally important.

December’s General Election reminded us of the many UK towns and regional cities that have struggled to prosper in the new global age, widening the gulf between them and London in particular.  The impact on people living in these places is unquestionable, affecting their health and wider life chances.

Part of the challenge is restoring people’s pride in their communities.  With the right investment, however, there are opportunities to give our forgotten towns and cities a new lease of life.  In Luton, the town’s former hat making district is being reclaimed by artists and creatives with a thriving jazz club alongside a successful independent record store.  A resilient tiny vanguard of block makers, fabric makers and milliners is also working hard to keep the town’s industrial heritage alive.  For residents, it’s about showing that there’s more to Luton than a London hub airport.

Luton’s revival is being led from the ground up, but developers have a role to play too.  Changes to business rates announced in the Queen’s speech before Christmas should bolster efforts to incorporate arts and culture into masterplanning.  The 50 per cent discount proposed for small cinemas, music venues, shops, restaurants and pubs make these a more viable business proposition at a time when familiar chain stores are disappearing from our high streets.

Developers need to shift their retail strategies and open up room for thriving independents.  It might not be the easiest path but done right, this placemaking approach can create long-term value for both asset owners and communities.  Injecting more personality into our towns and celebrating difference will help to drive footfall and create sticking points for talent – both young and old – and successful business occupiers.

It is perhaps an overused word, but these efforts must feel ‘authentic’.  Simply importing identikit farmers’ markets, coffee shops and craft beer brands won’t cut it.  The developer Argent, applauded for its transformation of King’s Cross, has since bemoaned people requesting ‘another King’s Cross’.  People need to find what makes their place special and celebrate this identity for its own sake.

Take Kelham Island in Sheffield, a once run-down industrial quarter of the city.  It is now one of Sheffield’s coolest areas thanks to multiple phases of redevelopment which have recognised its steelmaking past while bringing in modern brands popular with the students and young professionals who live there.  This has included a museum dedicated to telling Sheffield’s industrial story and the renovation of traditional steelworker pubs, alongside an influx of new independent cafés, bars and restaurants.

Whether it’s the community or a developer that takes the first steps, finding what makes a place unique and celebrating it can often be the catalyst for further regeneration, drawing in tourists, talent, business and investment.  We often talk about the value of diversity – hopefully the new decade will give us impetus to reimagine our regional towns and cities and champion their individuality. 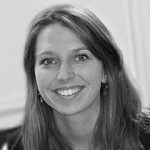