RIDERS IN A STORM AT TEAM SKY

In a sport struggling to recover from a string of doping scandals, Team Sky’s assertive anti-drugs stance was at the forefront of renewing faith among the public. Indeed, the team, founded on the belief of clean riding and ‘marginal gains’, found extraordinary success within just a few years of its formation. By the summer of 2016 it had accumulated four Tour de France titles and a myriad of other classic victories.

Key successes, alongside its positive reputation, saw Team Sky gaining additional lucrative sponsorship deals in addition to the backing of its principal backer Sky. Within just a few years of forming, Team Sky rose to become the richest of the pro cycling teams, with finances far outstripping those of its rivals.

But things went badly wrong for Team Sky in 2016, and as for so many other big names it all began with a hack.

With the McLaren report into drug cheating by Russian athletes hot off the press, the hackers known as ‘Fancy Bears’ successfully cracked the World Anti-Doping Agency’s (WADA) database, releasing a myriad of medical information on a range of athletes.

Included in these was information on both Team Sky’s Tour de France winners, Sir Bradley Wiggins and Chris Froome, who were accused of abusing Therapeutic Use Exemptions (TUEs). Shortly afterwards The Mail splashed the headline that Wiggins had also been the recipient of a mystery drug in 2011, delivered by a British Cycling staff member.

Earlier this year, further revelations came from two former riders for Team Sky. These included use of the controversial opiate Tramadol and Josh Edmondson’s confession that he broke the UCI’s ‘no needles policy’, claiming this was covered up by team management.

In all of these cases Team Sky denies any wrongdoing.

When the first allegations came out, Team Sky gave a masterclass in mismanaged communications.   At first there was no clear message about the reason for the TUEs and then there were no records of the contents of the mystery jiffy bag sent to Wiggins.  Many weeks passed before the team stated that it was a legal decongestant, but without any justification about why it was flown from Manchester rather than bought in France.

During this time the media was left to speculate and form its own opinions.  As a result, the allegations have festered and continue to dog the team.

Team Sky has clearly learned from that episode, being much quicker to jump on the latest allegations from Edmondson and flooding the airwaves with appearances from team doctor, Steve Peters.  The manner of the rebuttal could not have been more different either, delivered with a clarity previously absent.

As a result these particular allegations have quickly died down in the public consciousness.

As with any organisation or business, sports teams are held to the principles and standards set out in their brand values.  So far, the team has managed to retain its principal backer and other key sponsors.  However, the jury remains out on its reputation and there is a strong case to be made for it to  become more transparent, demonstrate that it has learned lessons from the past year and be seen to implement changes.  Do this well – and provided there are no other damaging revelations – then sponsors should remain comfortable and continue to back the team.

However, there is no question that in the public consciousness, Team Sky’s reputation is damaged and its long term future may well rely less on successes on the bike, and more in its ability to reverse the flow of public opinion. 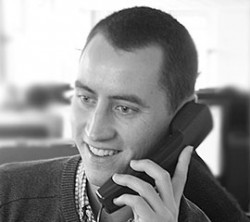