Amidst a notable rise in conspicuous activism over recent weeks and months, one campaigner who has captured the public imagination is Greta Thunberg, the 16-year-old climate change activist.

While some commentators argue that her age means we shouldn’t put too much emphasis on her as a talisman, or even a leader, of the climate change movement, she is clearly someone who is taken seriously. With 559,000 followers on Twitter, audiences with lawmakers and an international reputation, she has built up a higher profile in nine months than most lifelong adult protesters could ever hope to.

She is the latest in a series of young people whose actions have not just drawn more attention to their causes, but who have brought some rationality back to debates which are increasingly angry and failing to make progress.

This is because they are trusted in a way that adults perhaps aren’t. When adults, whether career politicians, industry experts or even members of the general public, try to make political points they are invariably met with a backlash from those who disagree – especially if the exchange takes place on open platforms like Twitter. Their motives are questioned, they are accused of lying and debate regularly descends into a back and forth which is less and less about the issue and more about the two sides’ personal distaste for the other.

When young activists such as Thunberg come to the forefront of an issue much of the cynicism washes away. The debate continues, but without the suspicion of deception. Some might dismiss them as too young to develop an informed opinion, but they can inspire action in more people than any professional because they are trusted to say what they truly believe. When people see that kind of honesty, even if they disagree, it keeps them in check and reminds them to show a level of civility that we all too often forget. 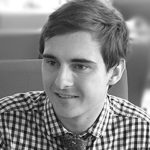 Chris Tutton is a Senior Account Executive at Camargue.