Wetherspoons recently announced its decision to leave social media with chairman Tim Martin saying society as a whole would probably benefit from cutting the amount of time it spends liking, sharing and following via the various screens that litter our online lives.

I do wonder if this process of conscious uncoupling has already started though?  Have we already started to fall out of love with the various social platforms that have dominated us for the last decade?

The recent Cambridge Analytica scandal has seen big names such as Unilever and Commerzbank, threatening to stop using Facebook advertising.  Plus, a report by American marketing company Origin, has claimed a third of millennials are quitting social media, with Twitter and Facebook being the worse hit.  More people are also spending less time on social media, it says.

The Origin report said most people were quitting their social media because they saw it as a ‘waste of time’ and, worse, it was having an adverse effect on their mood.

The saga over fake news, Russian influence, and data harvesting, doesn’t do much to halt this slide. Not to mention, the incessant, often distasteful trolling of public figures, or the growing awareness of how public our ‘private’ social media really can be.

Facebook has responded by altering its algorithm to push posts from our friends to the top of feeds at the expense of commercial content. But is this enough to bring the disenchanted back?

What has been apparent for some time, is that millennials are favouring platforms like Snapchat over some of the more established and well-known platforms such as Facebook.  Imitation being the sincerest form flattery, Instagram and Facebook have adopted similar features to try and keep up with the competition.

Rumours of the death of social media are certainly exaggerated – it has already become too pervasive to become obsolete and it will survive in one form or another.

But in some senses we may have reached peak social media in some respects and it’ll be interesting to see whether the stance that Wetherspoons has taken is just a blip or a watershed moment heralding a marked change in our social media relationship status. 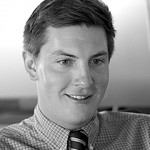 Luke Aldridge is a senior account executive at Camargue