The seven weeks between the start of February and mid-March constitute a period I recently heard described as ‘the most wonderful time of the year’. That may only be the case for week-in week-out rugby nuts, but there’s no denying how the 6 Nations captures the national imagination. Fierce but friendly rivalries between the Home Nations – as well as France and Italy – emerge in offices, homes and pubs across the country. That kind of excitement delivers a lot of influence – which is good news for the businesses involved in the increasingly heavy branding of the tournament.

Most obviously, the tournament’s primary sponsor gets a fantastic deal. Despite a fair share of bad press for the banking industry since the 2008 financial crisis, many of us still hear “in this round of the RBS 6 Nations” with great excitement, week on week, year on year.

But RBS is far from the only beneficiary. If you’ve listened to any Scotland players or coaches you won’t have failed to hear them mention ‘BT Murrayfield’, giving constant exposure to the stadium sponsor; the same goes for the Principality Stadium in Wales, and the Aviva in Ireland.

Dove Men+Care has got in on the act too, running a series of adverts featuring the international stars of the 6 Nations to promote its products while encouraging fans to use its hashtag #ScrumTogether. Though it has to be said surely someone in marketing has missed a trick in opting to feature England scrum half Ben Youngs over team mate Danny Care in the campaign.

Meanwhile various shirt sponsors see their branding plastered over TVs and Twitter throughout the tournament – not to mention the replica shirts they sell.

And who can forget the spine-tingling Guinness advert which portrayed Shane Williams’ glittering career as an act of sheer defiance? Or the more recent, more moving instalment telling the wonderful story of Gareth Thomas turning to his team mates in what he described as his darkest hour, and their solidarity with him? These powerful stories inspire us, but they do so with the motive of bringing our attention to the Official Beer (and Responsible Drinking Partner) of the 6 Nations.

The list goes on. Eddie Jones may be portrayed as rugby’s master of spin; but the brands cashing in on our captivation are perhaps those most skilfully capitalising on the relentless media attention paid to the 6 Nations. The outlay of these brands on ‘rugby’s greatest championship’ is enormous, but the rewards they reap are even greater.

And with that, I’m once again going to enter Dove Men+ Care’s competition to win tickets to Scotland v Italy at BT Murrayfield, where I’ll enjoy a lovely pint of Guinness, while pondering the latest Accenture statistics ahead of the final round of the RBS 6 Nations. 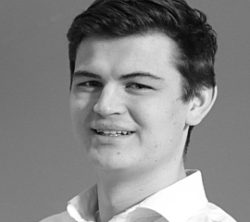