The art of sponsorship

Corporate sponsorship of the arts can be a perilous affair for business. None more so than those who back the Turner Prize whose previous winners such as Tracey Emin and Damien Hirst have often provoked strong – and not always positive – public opinion.

Stagecoach South East’s recent support for the competition lasted precisely one day, when campaigners protested that the award should not be associated with a company whose CEO, Brian Souter, is opposed to same-sex marriage.

Within 24 hours, questions over the suitability of the sponsor threatened to overshadow the nominees and when LGBT activists added their voices to the debate, the decision to withdraw the sponsorship by ‘mutual consent’ was expedient.

The debacle follows the ongoing campaign by US art photographer and activist Nan Goldin to raise awareness of donations to British art institutions by the Sackler family, which has benefitted from the sale of addictive prescription painkillers in the US.

Against this backdrop it’s a brave company who steps forward to put their name in lights.

The arts sector does not enter partnerships lightly – it has boards of trustees which include editors of broadsheets who understand reputational risk.  The FT’s editor, Lionel Barber is a trustee of the Tate – who had to recuse himself from the paper’s reporting of the Stagecoach story.

Spare a thought for the people who are trying to broker the deal in the arts.

They are doing so against a backdrop where state funding is falling and where only one in ten big businesses invest in the sector.  I’m sure they aim to agree a partnership which seeks like-for-like in reputational terms and considers risk and cultural fit.

Beyond the arts, Ineos, the chemical company’s sponsorship of sport and its recent acquisition of the cycling team formerly known as Team Sky has also attracted headlines.  Critics cite a greenwashing campaign by owner Jim Ratcliffe. Those who are supportive point to an important investment in cycling.

Ineos’ cyclists are currently defending the sponsorship despite roadside protests against the peloton. This continues to overshadow interviews which should be about the sport.

For the arts, the Turner Prize sponsorship debacle is a reminder that there is unlikely to be an end to the scope for disapproval of funding.

The art historian Tiffany Jenkins came up with a sensible response to the Stagecoach South East protest: “We all travel on their buses. It doesn’t mean we agree with Mr Souter’s views.” 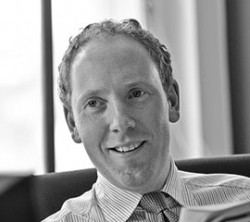 Matt Sutton is a director at Camargue