Day after day, increasingly gloomy economic news dominates the headlines, as the cost of everything from food and petrol to electricity and stamps continues to skyrocket.

But for many, the pain is felt far more acutely as already stretched household budgets simply can’t cope with ballooning inflation, with an ever-greater proportion of incomes being spent on absolute essentials.

The poverty premium has never been so starkly visible as the poorest families disproportionately feel the pain of rising prices now.

In a recent blog we explored the impact of tumbling political trust, and it seems that the solution to the growing cost of living crisis is as much about trust as it is about economics.

Since the 2019 general election political commentators have obsessed over the so-called ‘red wall’ seats in the north of England and, more recently, the ‘blue wall’ seats in the south – the traditionally less affluent or more affluent areas that have voted Labour or Conservative respectively, until recently that is.

Both parties see winning back or holding these seats as central to their electoral prospects but, as the recent local elections hinted at, even those in wealthier, southern seats are beginning to feel the squeeze and looking for someone to blame.

Whether you’re picking between heating and eating or one foreign holiday or two, you feel poorer in the pocket.  It will be for the government to decide which of those families can bare to take on a little more pain and what action it takes to help others.

Many will look upon a Cabinet packed with millionaires and wonder if they can truly relate to the suffering of the poorest feeling the squeeze now – “are they on my side?” they might well ask, “can I trust them?”

How the government chooses to respond over the coming months will define political careers and more crucially the lives of millions of people.  Get it right, and the country will bounce back faster; get it wrong, and we may inflict social and economic scars similar to those created throughout the 1970s and 80s.

For Boris Johnson and Keir Starmer it will be their political prowess as well as their moral compass that will be under scrutiny as they look to set a path back to prosperity.

At a time when we seemingly face endless crises, it’s clear that the solution won’t be found on a spreadsheet.

Ultimately, it will be those who show boldness and a clear vision for the future that will win the hearts and minds of those suffering the most.  The pandemic response showed us that nation states can step up and help, if there’s the political will to do so, but any effective support will be tapered by the economic realities of the day, whether it’s a Windfall Tax, benefits boost or something else entirely. 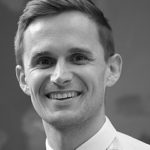