The language of loopholes: what’s next for the gig economy?

Deliveroo, Uber and similar platforms paint the gig economy as a necessary – and very positive – element of their disruptive business models. Advocates herald flexible working and a reduction in the costs and wastage associated with traditional models of employment. Added to this is the fact that the gig economy provides everything modern city dwellers could desire: increased convenience at a lower price with flexibility guaranteed. It’s become possible to ‘hire’ a receptionist for an hour or a butler for a day and services that were once the reserve of the wealthy – private transportation or food deliveries from gourmet restaurants – are becoming more accessible.

It certainly looks good on paper, but the number of legal challenges gig technology platforms have seen in recent months paints a different picture. The primary issue at stake is that these businesses connect workers with customers, and collect considerable profit for doing so, without the expense or inconvenience of actually employing people. What these companies bill as flexible working, critics view as the creation of an underclass of insecure workers without the rights employees enjoy. These include benefits like sick leave, minimum wage or pension contributions.

In October last year however, a tribunal ruled that Uber drivers are in fact ‘workers’, and the two drivers leading the legal action were granted access to holiday pay, sick pay and other benefits. In February, as part of a wider inquiry into the gig economy, the Work and Pensions committee forced Deliveroo to remove a clause from its contract which prevented workers from contesting their self-employed status at employment tribunals.

As part of the same inquiry, Amazon, Deliveroo and Uber all admitted that their business models would still be viable if they could no longer rely on a self-employed work force – surely a compelling argument for reform. The same businesses subsequently called for government to extend the rights of their workers without demanding that they are technically ‘employed’ – a middle ground which could provide a solution.

But as employment law scrabbles to adjust to a new way of working, should the general public also be demanding more? Bearing in mind that new laws will almost inevitably also bring new loopholes, should consumers be taking action themselves?

We don’t have a particularly noble history of boycotting businesses who some may perceive as having a less than ethical approach to their workforce. The media storm around Amazon’s controversial practices in 2015 doesn’t appear to have dampened our enthusiasm for the global retail giant, for example. We like it when products and services get cheaper, and for the most part aren’t too concerned about looking behind the scenes to ask why.

But as the gig economy continues to expand the marketplace will inevitably become more crowded, leaving companies looking for a point of differentiation. Could treating your employees fairly become a much sought-after USP? After all Fairtrade, the poster boy for ethical consumerism that can survive in a capitalist economy, continues to go from strength to strength – could our empathy for farmers and producers extend to couriers and delivery riders? There are early murmurings of change in this direction, with attempts already in the US to set up gig technology platforms that follow a co-operative model, where the service providers own the platform.

As ever, one thing is clear: fortune will favour those brave enough to face the turning tide and find a workable solution before their competitors. 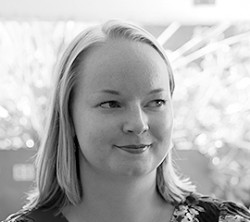 Rebecca Daley is a senior account executive at Camargue