With the fallout from ‘partygate’ rumbling on, the British public’s trust in its political class has plummeted.

This decline is nothing new. Public trust in politics was dwindling long before the suitcases of wine and ‘birthday cake ambush’ in Downing Street.  In a 1944 Gallup poll, only 35 per cent of those questioned believed politicians were ‘out for themselves’ – by 2014 this was 48 per cent, and rose further to 57 and 63 per cent by May and November 2021 respectively according to YouGov and think tank, IPPR.  The British Social Attitudes survey indicates a similar erosion of trust – with only 15 per cent of those polled in 2019 having trust in the UK government ‘most of the time’ or ‘always’, down from 40 per cent in 1986.  These latest episodes are yet another reminder of why trust keeps falling and, one could be excused for thinking, will only serve to harden this sentiment.

Why does this matter?  A lack of trust can lead to disengagement and apathy. When healthy scepticism turns to cynicism, the accountability of politicians falls apart. A disengaged public sees no point in, and is therefore unable to robustly hold politicians to account. There is little to stop self-interested politicians serving themselves, hindering high quality government.  If the public expects and tacitly accepts a venal government, there is a good chance it will get one.

A fall in political trust also presents populist firebrands with dangerous views a window of opportunity.  Anti-system rhetoric fuels populist support.  Such rhetoric is powerful precisely because it offers a clean break from the distrusted mainstream.  It is no surprise then that in the past decade we have seen a dramatic increase in vote share of extremist parties across the West.  Such politicians can twist cynicism into distrust of democracy – posing a real threat to the democratic system we take too much for granted.

Where do we go from here?  Sustained improvement in economic outcomes is an important first step.  Following over a decade of stagnant growth and real wages, it is hardly surprising to see people lose faith that democracy and politicians in particular can deliver for them. If the public’s wellbeing – mental and economic – sees a marked improvement, dissatisfaction with how they are governed can dissipate.

People need to know the political system is working for them.  Strong state action is needed and failing to act damages trust further. The Levelling Up agenda presents a key opportunity here.  As trust in politics falls away the further you go from Westminster, delivering on levelling up can demonstrate to many of the most disaffected that the political system does care and can deliver on their interests.

Moments like we find ourselves in today with low political trust are ripe for political reform.  To my mind, this should come through devolving power closer to the people.  Greater devolution would allow individuals to see regionally tailored policy more reflective of their region and its interests.  Devolved administrations have considerably higher trust;  trust in the Scottish Government to work in Scotland’s best interests ‘just about always’ and ‘most of the time’ is at 61 per cent (per latest release of Scottish Social Attitudes survey in 2019) with similar results in Wales.  Devolving power to regions also dispels the notion that power is concentrated with some far off urban elite with radically different values to the ordinary person.

Finally, for the public to trust politicians, it needs to be able to believe that what they say is the whole truth. Currently, there is an expectation among the public that politicians will only tell a version of the truth – at best a partial truth so wrapped up in smoke and mirrors to offer only a distorted version of reality. Having politicians with the strength and integrity to defy the shift to a ‘post-truth’ world, even when it is difficult and potentially politically damaging to do so, is therefore essential.

It must of course be said that these rather lofty ideals are easier said than done. If it were so simple it would have been done already by those who truly care about our democracy. But a failure to act will just deliver more of the same where the truth comes second to jingoistic slogans.  Change will not only require the desire to improve trust, and re-engage with the wider public, but also politicians with honesty, integrity and wisdom, as well as political acumen… we live in hope. 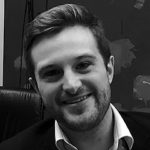