The news fog of war

Like me, I’d imagine you’re watching on in horror as Russia’s invasion of Ukraine unfolds. Mixed with disbelief that years of stability on mainland Europe have given way to scenes not seen on the continent since the Second World War.

But unlike in the 1930s, we’re not limited to hearing about what’s happening on a wireless in the living room or reading it in the newspaper. Our understanding of conflict has since been drastically shaped by the technologies that we now turn to for information, from online news to Tiktok.

Videos, images and testimonial flooding social media from the front line are in many ways valuable, stirring compassion and mobilising support. Smart phones and satellite imagery also document events that go beyond even the boundaries of war. Evidence that will, in time, prove crucial to holding those committing crimes to account.

But unfettered online access to conflict creates an information fog – a blurring of fact, fiction and opinion. Live content about a hugely fluid and complex situation means reports can be amplified within minutes by social media reaction. And everyone can offer their view – whether the source is reliable or not.

The dissemination of information can, and has, been used intentionally by Russia as a destabilising force. Reports may be purposefully constructed to falsify events as pro-invasion propaganda, or attacks on de-escalation efforts. Again, amplified by social media interactions.

But the chaos and confusion of war means unintentionally inaccurate reporting can also muddy the water. Inaccurate reports are of course understandable given the circumstances – but even if quickly corrected, they may prove ammunition for an aggressor that’s mastered the art of narrative manipulation.

Social media is a vital mechanism to gather news from hard to reach people and places, but we have an entire industry to help us make sense of it. Major news outlets and broadcasters like the BBC have the resources and expertise to rigorously verify information.

Reporters on the ground risk their own safety to ensure we know what’s happening. Editors ensure meaningful updates are provided via live news threads, coordinated with trustworthy, relevant commentary.  Fact checkers make sure what we’re being told is verified as authentic and – just as importantly –will explicitly warn us if not.

We are all anxious to know what’s happening in Ukraine. But we mustn’t let our desire to quickly find out as much as possible undermine the value of high quality journalism and news. It is vital to maintaining the integrity of democracy – and irreplaceable when democracy is threatened by conflict. 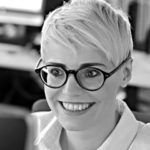