The pork barrel pragmatism of the DUP

In a year of political upsets, this surely leads the pack: a Prime Minister, once 20 points ahead in the polls, loses a modest – albeit workable – majority and to retain control of the country is forced to seek support from the Democratic Unionist Party (DUP), and its grouping of less than a dozen MPs.

As a Northern Irishman living ‘across the water’, it feels strange to suddenly find our politics (normally derided as parochial, more interested in settling old scores than making our corner of the world work) firmly on the national agenda.

Now, I find myself answering questions from acquaintances and colleagues about the DUP and its key players.  Friends from Northern Ireland, now also living in London, agree that they too find themselves cast in new roles as political sages.  And, for those who can’t draw on direct experience, there is always the internet: “Who are the DUP?” was one of the most-frequently asked questions on Google following the election results.

Of course, this is exacerbated by the fact that, in normal circumstances, the DUP and its leadership (Arlene Foster, Nigel Dodds, Sir Jeffrey Donaldson) have little or no national profile.  No Northern Irish party is invited to take place in televised debates – no doubt producers fear the discussion could get sidetracked on issues unique to Northern Ireland, about which most voters know little and care less.

Still, for those who have done their research, a worrying picture of the DUP has emerged.  Fears abound that the Government could be beholden to a party with views that seem out of place at Westminster (especially on social issues, as well as disputes about the legacy of the Troubles).

However, with one or two exceptions (including a report claiming that the DUP is demanding the Government funds a multi-million pound compensation scheme for victims of IRA violence), these fears are broadly unfounded.

Rather than the types of campaigns spearheaded by its socially conservative old guard, the DUP’s interest here is on ‘pork barrel’ politics – showing the voters back home that they are the party that delivers. As one civil servant told The Times: “Every pothole is going to be filled with gold”.

Not that delivering this will immunise the Government against potential clashes over its deal with the DUP. There have already been rumblings of discontent between Number 10 and the Treasury over the possible cost of more handouts to Northern Ireland. And, as ever, Brexit could loom large – the DUP’s aim to retain a “frictionless border” with the Republic of Ireland could upset Conservative hopes of controlling free movement.

That said, the arrangement is not predestined to fail. The DUP is more closely aligned with the Conservatives than any other party in Westminster – there is certainly no appetite among its leadership to see Jeremy Corbyn in Downing Street.

There is also a feeling among the DUP top brass that it is better to have a seat at the national table than to remain on the regional backbenches – although they want to talk to Nick Clegg about that. What remains to be seen is how well the potential breaking points can be shored up, and for how long. 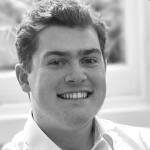 Andrew Carruthers is a senior account executive at Camargue