The rise of the machines?

At the risk of revealing anyone’s age, some of us at Camargue spent a great deal of our formative years watching the march of robotkind on our (then cuboid) TV sets. 1980s and ‘90s directors pitted humanity against artificial intelligence, usually resulting in tragedy for the former - just think of James Cameron’s Terminator, or the role of the android in Ridley Scott’s Alien.

So, what to make of the growing interest in AI and automation - opportunity or abject terror? In the last few weeks almost all of the major broadsheets have carried stories on the topic. These note the opportunities that new technology brings (addressing the UK’s productivity gap and more leisure time for real people), as well as the risks (the disruption of traditional economic models and thereby the potential breakdown of our entire society, etc.)

Putting aside those macro societal questions for the moment, what would an increasingly automated future look like for our urban environment? Stripped of the need for 9-5 working, major cities could empty, transport networks could become obsolete and large swathes of our office buildings could suddenly be in the wrong place - arguably androids do not need a corner-office view of the Thames.

Such a reality is being discussed only partially in jest in property circles. A recent editorial in The Times cited a UK fund manager cooling on a deal to buy a secondary office block that it sees as obsolete in a mechanised future. Others including the Financial Times have confidently called City insurance as one of the first sectors to feel the cold titanium axe of its robotic replacements.

However, we are not in Blade Runner or Tron just yet and it’s fair to say that our future will be much more nuanced. That said the wise human – a modern day Deckard or Flynn - would do well to take some proactive steps in forward planning before heading into the grid.

Recent lessons bear this out.  Some time ago we were told that retail property was on its knees and that that office culture would soon be dead, with all of us shopping online and working remotely via our ultra-fast broadband connections, video conferencing systems and mobile tech.  In reality we have seen a large number of operators overcome such challenges simply by upping their game and diversifying their models – just look at the success of Hotel Chocolat or John Lewis’ clicks to bricks businesses, and the demand for the likes of Derwent London’s forward thinking ‘White Collar Factory’ on London’s Old Street.

Retail centres no longer just cater for shopping.  The best ones now focus on providing a vibrant, varied leisure experience that we can’t get at home; it turns out that we can buy everything from an e-commerce site, but it’s less fun than the real deal.  Office providers - from funds through to facilities managers - are now assessing the workplace’s value in terms of occupants’ productivity rather than simply cost.  If a secondary office block is obsolete it’s probably because it represents a terribly sad and unfulfilling workplace experience - not because machines are now doing the jobs.

In both cases, the emphasis becomes creating places where real people can interact and enjoy spending time.  In real estate terms, unless we see the complete wipeout of mankind by machines then that idea will underpin a fairly sustainable investment plan.

Change is underway and - as ever – that brings opportunity.  Just like a 1980s office block (or indeed blockbuster) it’s the businesses that look to the future that will endure the test of time.

And the really good news?  A recent Times piece noted that communications professionals were at a very low risk of losing their jobs through automation.  We may just need to start thinking about how best to get our message across to a cyborg. 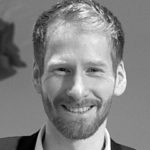